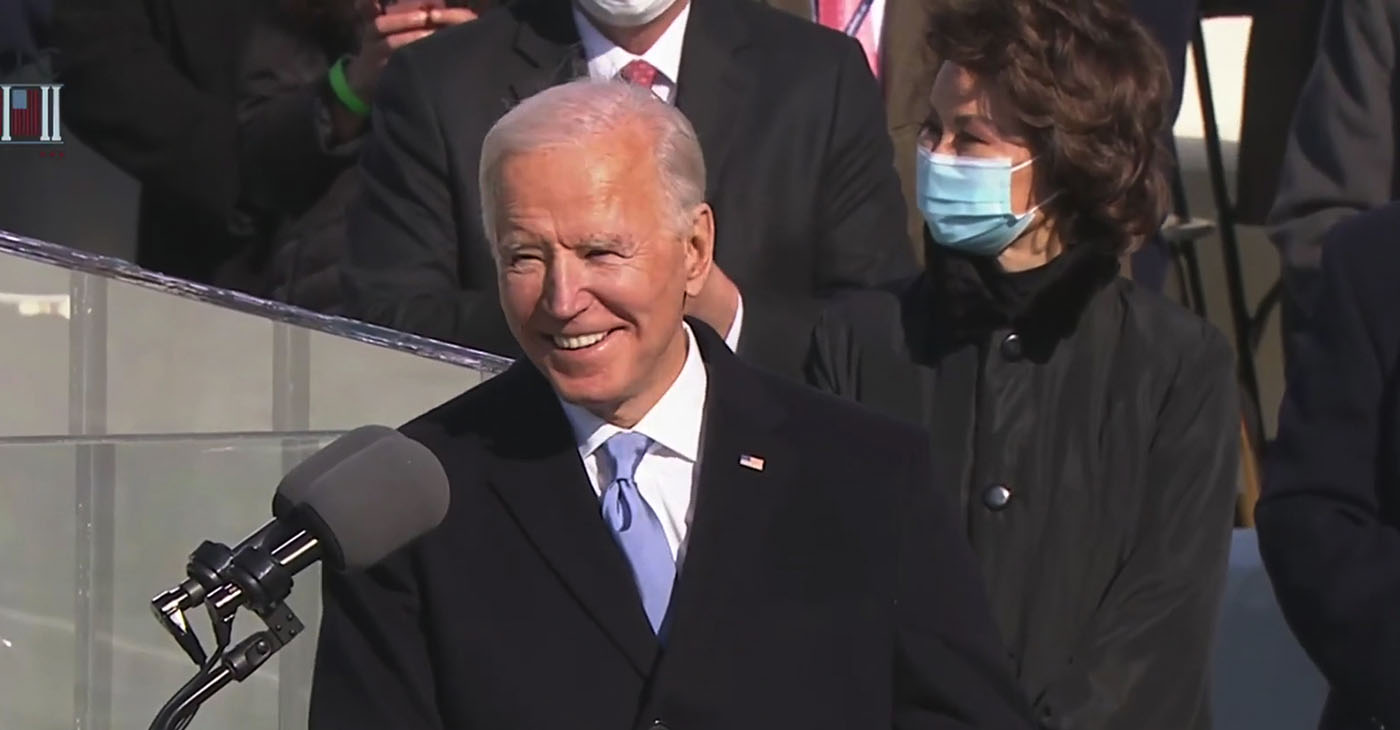 “We have learned again that democracy is precious. Democracy is fragile. And at this hour, my friends, democracy has prevailed,” said the President Biden.

“Few people in our nation’s history have been more challenged or found a time more challenging or difficult than the time we’re in now,” President Biden said referring to the ongoing coronavirus.

This is an accurate statement, but many American historians would say that is why there is an election every four years for president. During the last pandemic, 100 years ago, there were 625,000 Americans who died, and the responsibility of the president was to solve the crisis. Twelve years ago, when President Obama took office the country was bankrupt, and there were monumental financial problems, and he solved them.

This is the role and responsibility of the president to resolve insurmountable issues, with a vision that brings about change, and success. America almost lost Democracy on January 6, 2021, with the storming of the Federal Capitol building. After the election in 2020, President Donald Trump continued to promote one huge lie. Essentially, he told the country and the world, that he had really won the election.

Even though millions of Americans and the former President all believed this huge lie, there was a peaceful transition of power, and President Joe Biden took his oath of office on January 20, 2021. The focus of this great inauguration speech was unity and trying to bring back together a divided country after four years of political turmoil.

It didn’t matter whether or not you voted for the president, this speech was powerful, because it made you believe in America again.

What a beautiful day and a beautiful speech. America is at a crossroads and there is a tremendous amount of work to be done. But the new president is ready to do the work, and all around the country and the world people are smiling.

“We have learned again that democracy is precious. Democracy is fragile. And at this hour, my friends, democracy has prevailed,” said the president.

It is very easy to talk that talk, but to execute is where the rubber meets the road.  During the first day on the job, President Biden issued a slew of executive orders that dismantled the policies of Ex-President Trump.

In his first official day, President Biden got busy with no hesitation, and let the Republicans know there was a new sheriff in town –Washington, DC. He rejoined the World Health Organization, rejoined the Paris Climate Accord, implemented a mask requirement in the Federal government, ended a Muslim traveler ban, paused student debt until September 30th, delayed housing foreclosure until March 31st, ended the building of the Border Wall, preserved DACA, and much more.

The push back has started from the Republicans, before the ink could dry on the Executive Orders. On the second day in office, controversial House Republican Congresswoman Marjorie Taylor-Greene filed articles of impeachment against President Biden. In certain states around the country, Republican Party members are saying leftists are taking control of both houses and the White House.

On the federal level, many Republican Congressmen and women are saying that President Biden’s big stimulus plan is too expensive, and it is doomed to not pass on the Senate floor.

President Biden wants unity, but it does appear that the Republicans are ready to fight for power. The most we can expect from Republicans at this time is bipartisan politics that are not controversial and they can agree with. This must be done in incremental steps, with positive conversation and dialogue, which everyone is committed to and believes i