After a competitive election season that ended in some controversy throughout the state, three new  Duval County School Board members were sworn-in during a special meeting this month.

Willie’s race was the most competitive as he faced former teacher and daycare owner, Cynthia Smith.  After winning with 51.85% of the vote, Willie joins Warren Jones as the two African Americans on the School Board.

During the event, Willie stated, “I will hold myself accountable for the success of every student and will create clear and consistent communication structures that inform and engage students, parents and families.” 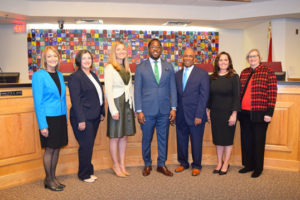