“While we reported on the 73 million children in the U.S. in 2019, which is 22 percent of the nation’s population, we also note that 2020 was the first year in American history that a majority of children are projected to be children of color,” said the Rev. Dr. Starsky Wilson, the president and CEO of the Children’s Defense Fund. 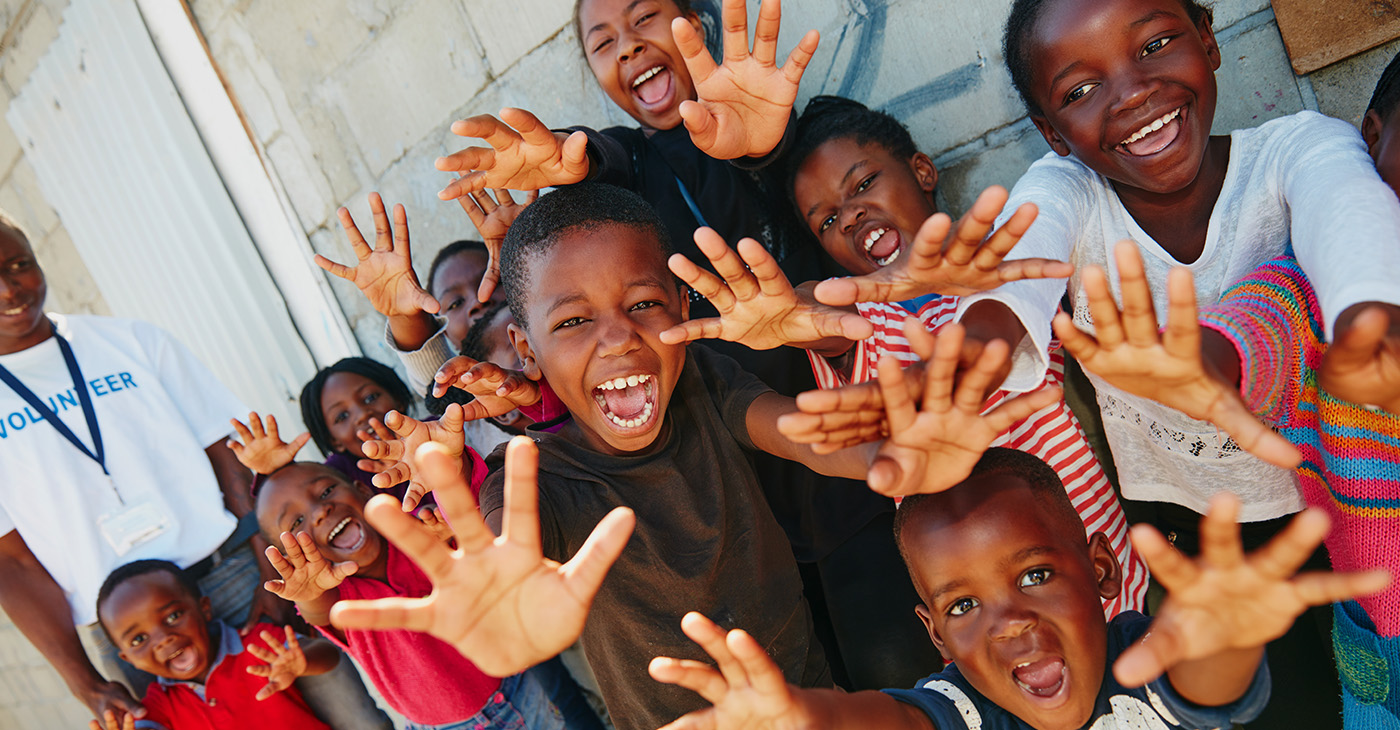 The child population in America is the most diverse in history, but children remain the poorest age group in the country with youth of color suffering the highest poverty rates.

“While we reported on the 73 million children in the U.S. in 2019, which is 22 percent of the nation’s population, we also note that 2020 was the first year in American history that a majority of children are projected to be children of color,” said the Rev. Dr. Starsky Wilson, the president and CEO of the Children’s Defense Fund.

The comprehensive report is eye-opening.

It highlights how children remain the poorest age group in America, with children of color and young children suffering the highest poverty rates. For instance, of the more than 10.5 million poverty-stricken children in America in 2019, approximately 71 percent were those of color.

The stunning exposé revealed that income and wealth inequality are growing and harming children in low-income, Black and Brown families.

Today, a member of the top 10 percent of income earners makes about 39 times as much as the average earner in the bottom 90 percent.

Further, the report noted that the lack of affordable housing and federal rental assistance leaves millions of children homeless or at risk of homelessness. 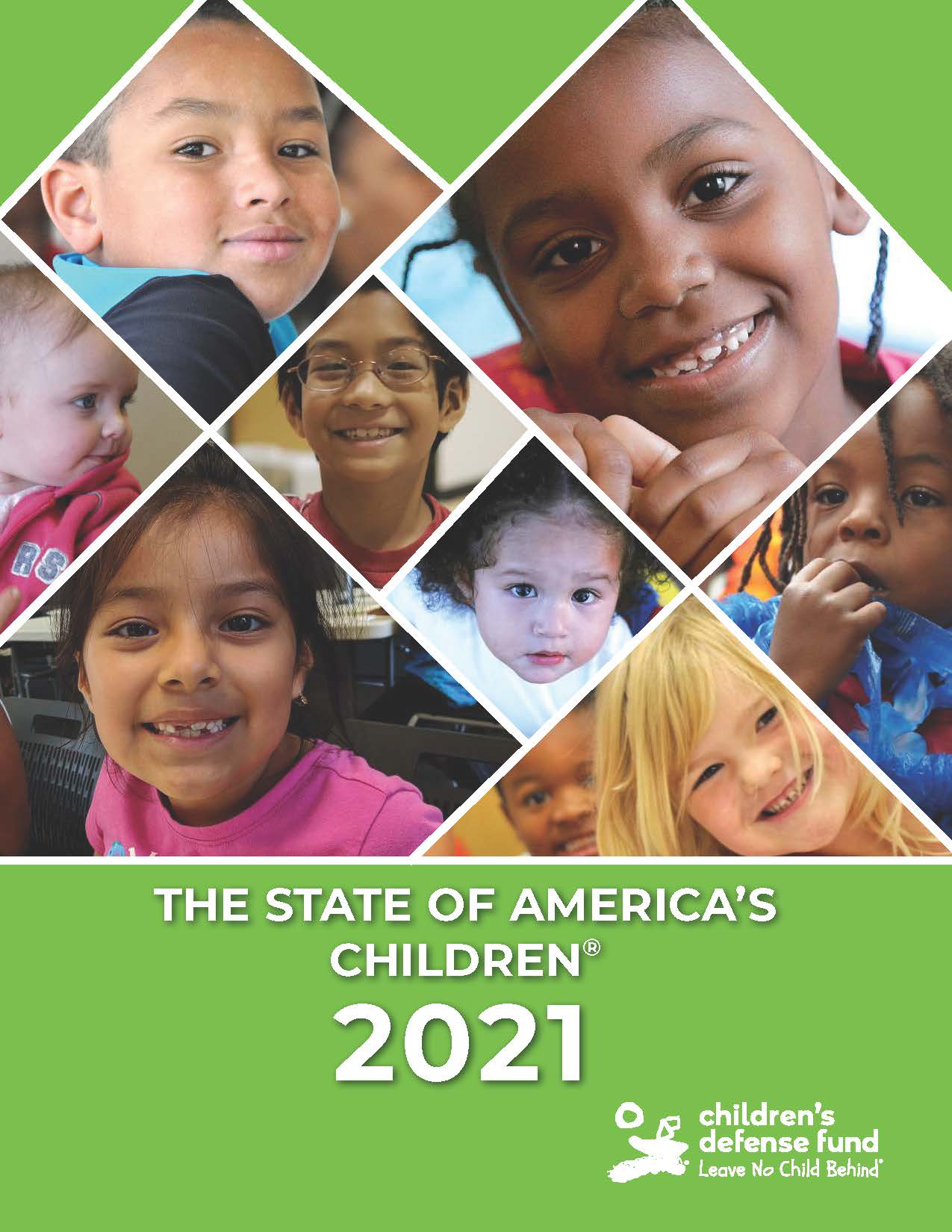 Millions of children live in food-insecure households, lacking reliable access to safe, sufficient, and nutritious food, and more than 1 in 7 children – 10.7 million – were food insecure, meaning they lived in households where not everyone had enough to eat.

Black and Hispanic children were twice as likely to live in food-insecure households as White children.

The report further found that America’s schools have continued to slip backwards into patterns of deep racial and socioeconomic segregation, perpetuating achievement gaps.

For instance, during the 2017-2018 public school year, 19 percent of Black, 21 percent of Hispanic, and more than 26 percent of American Indian/Alaska Native school students did not graduate on time compared with only 11 percent of White students.

More than 77 percent of Hispanic and more than 79 percent of Black fourth and eighth grade public school students were not proficient in reading or math in 2019, compared with less than 60 percent of White students.

Some more of the startling statistics found in the report include:

In the report, he notes that children are not receiving the investment they need to thrive, and despite making up such a large portion of the population, less than 7.5 percent of federal spending went towards children in fiscal year 2020.

Despite Congress raising statutory caps on discretionary spending in fiscal years 2018 to 2020, children did not receive their fair share of those increases and children’s share of total federal spending has continued to decline.

“Children continue to be the poorest segment of the population,” Dr. Wilson demanded. “We are headed into a dark place as it relates to poverty and inequity on the American landscape because our children become the canary in the coal mine.”

Dr. Wilson did note that the Children’s Defense Fund is pleased about President Joe Biden’s American Rescue Plan, which, among other things, makes it easier for parents to keep their jobs and provides a lifeline for disadvantaged children.

The $1.9 trillion plan not only contained $1,400 checks for individuals, it includes monthly allowances and other elements to help reduce child poverty.

The President’s plan expands home visitation programs that help at-risk parents from pregnancy through early childhood and is presents universal access to top-notch pre-K for 3- and 4-year-olds.

“The American Rescue Plan carried significant and powerful anti-poverty messages that will have remarkable benefits on the lives of children in America over the course of the next two years,” Dr. Wilson declared.

“The Children’s Defense Fund was quick to applaud the efforts of the President. We have worked with partners, including leading a child poverty coalition, to advance the ideas of that investment,” he continued.

“Most notably, the expansion of the child tax credit which has the impact of reducing poverty, lifting more than 50 percent of African American children out of poverty, 61 percent of Indigenous children, 45 percent of Hispanic children. It’s not only good policy, but it’s specifically good policy for Black and Brown children.”