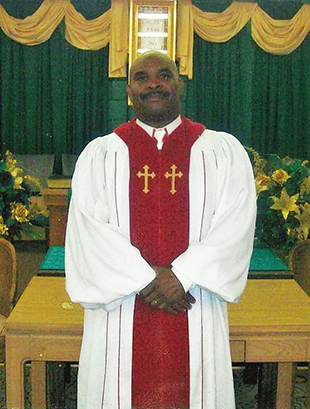 Dr. Nelson B. Turpin was born on May 4, 1955 to William Turpin Sr. and Charlie Mae Turpin (Deceased) in Jacksonville, Florida. He was baptized at an early age at Mt. Ararat Missionary Baptist Church in Jacksonville, Florida. He was a product of Duval County Public Schools having attended Susie B. Tolbert Elementary, James Weldon Johns Jr. High and William R. Raines High School upon graduation, he earned a Bachelor’s Degree from the University of North Florida and received an Honorary Doctorate Degree form Coral Ridge Ministries.  Dr. Turpin retired from the City of Jacksonville Parks and Recreations Department.  Additionally, he worked at the Omni Hotel as Supervisor of Maintenance till his health began to decline.

On Friday, December 6, 2019 the Lord whispered gently, “Come my child and I will give you rest.” He quietly and peacefully embarked upon the final leg of his journey.