Author Jerald Hoover is known for his creative contributions to both literature and entertainment, especially in the world of sports. For young adults, the goal of the four-part Hero Book Series is to inspire readers to make a positive change in their communities and the world in general.

Jerald L. Hoover is an award-winning multifaceted author that seeks to use the pen to change the world, one person, at a time. He has garnered success and multiple accolades over the years, awarded Best New Male Writer of the Year by the Literary Society in Virginia in 1993 for his novella My Friend, My Hero. He was also listed as a bestselling author among black writers from 1994 – 1996 in various African American publications and was awarded the WritersCorp Award by President Bill Clinton in 1995.

Following the relative success of the first part of his series for young adults, Hoover’s newest entry into the fray, “He Was My Hero, Too,” shares many of the same themes.

Hoover is known for his creative contributions to both literature and entertainment, especially in the world of sports. For young adults, the goal of the four-part Hero Book Series is to inspire readers to make a positive change in their communities and the world in general.

While some may argue that young people don’t read books, the opposite is more true. Among the fastest growing and most successful genres in the world of publishing is books for teens and young adults, particularly, young adult fiction. 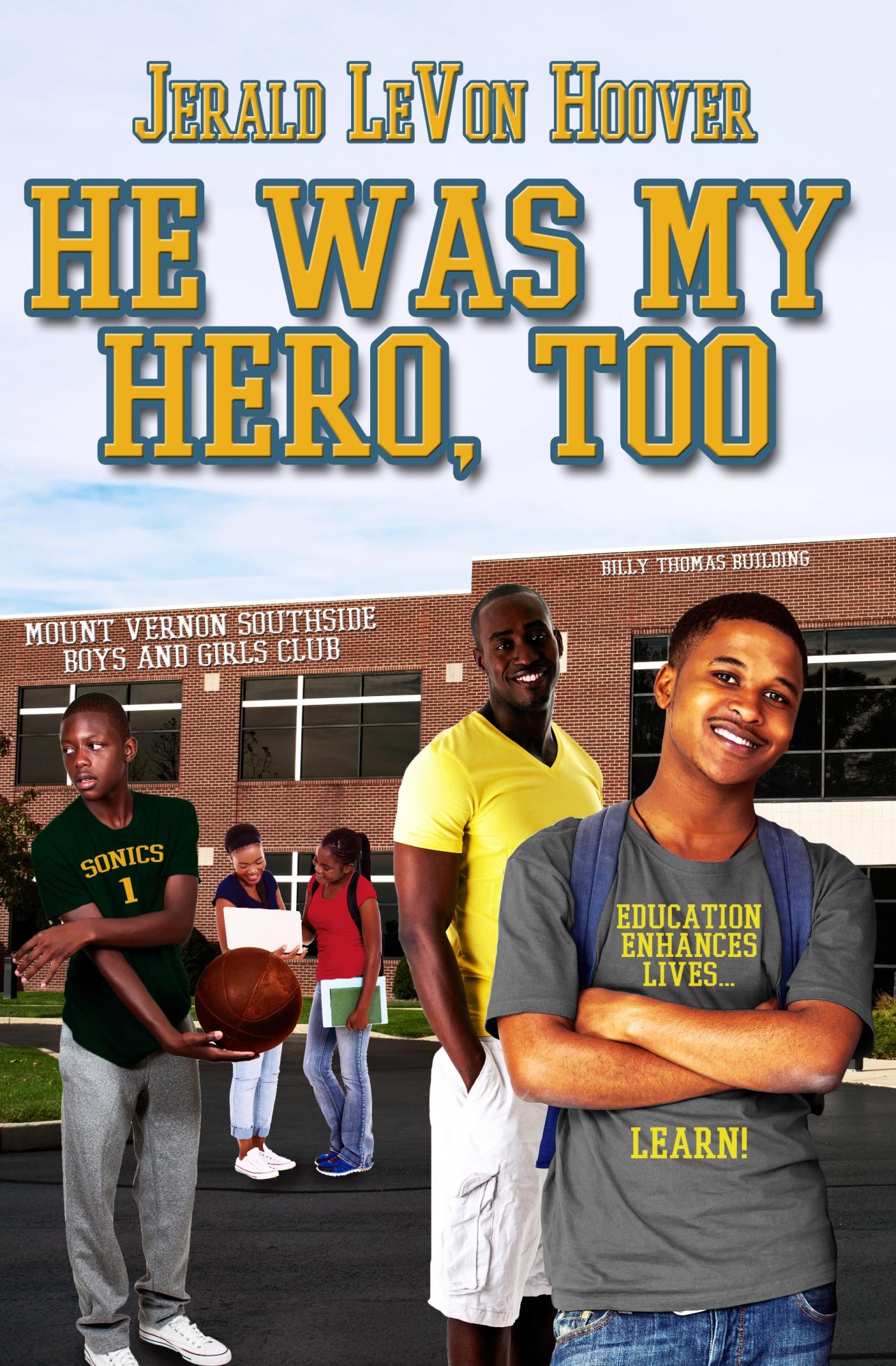 Spurred in part by the success of general audience titles like, “A Series of Unfortunate Events,” by Lemony Snicket and “A Wrinkle in Time,” by Madeleline L’Engle (which were each produced as a film), the category includes books by African American authors that explore themes familiar to Black teens.

Similar to the arguments over whether success is the result of socialization or opportunity, in literature the discussion centers around whether heroes are born or shaped by their circumstances.

Regardless of the side of the fence that one sits, it is difficult to argue against the fact that there is a hero in everyone. At least that is the premise that Hoover explores in this series.

While few of us are able to identify our “superpowers” and live up to our true potential, Hoover sees his hero’s journey as inspiring millions of people in different parts of the world to be the best they can be and to each make positive change in the world in their little way. This philosophic outlook is what inspired him to write, “My Friend, My Hero,” the first book of The Hero Book Series.

The idea that started on October 17, 1983, has turned into a blueprint for millions of youths worldwide. In “He Was My Hero, Too,” Hoover continues to draw upon his own life’s experiences to create real-world lessons to help guide teens along their rollercoaster journey to life and success. Each book in the series also has a curriculum component which includes a Student Success Guidebook, Teacher’s Edition, Pre- test Assessments, and Unit Assessments.

For more information about “He Was My Hero, Too” and the rest of the Hero Book Series, please visit – http://www.TheHeroBookSeries.com/books.