Since 1946, the Blue Angels have represented the U.S. Navy and Marine Corps to audiences throughout the U.S. with their high-flying aerobatic jet performances. The team proudly claims to “showcase the excitement and power of naval aviation.”

Last weekend, the Angels showcased their talent and capabilities at the NAS Jax Air Show, held at Naval Air Station Jacksonville.  In fact, the local air showis the birthplace of the Blue Angels. The team is second oldest formal flying aerobatic team in the world, after the French Patrouille de France, which was formed in 1931. 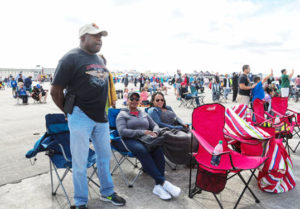