NNPA NEWSWIRE — By Stacy M. Brown, NNPA Newswire Senior National Correspondent / @StacyBrownMedia – (Source: www.blackpressusa.com) – Former NYPD officer Ray Wood was, “tasked with ensuring that Malcolm X’s security detail was arrested days prior to the assassination, guaranteeing Malcolm X didn’t have door security while at the Audubon Ballroom, where he was killed on Feb. 21, 1965,” says Attorney Benjamin Crump during a press conference at the former at the old Audubon, the site where Malcolm X was assassinated. The venue has since been renamed The Shabazz Center.

Almost 56 years to the Feb. 21, 1965, assassination of Malcolm X, the slain leader’s daughters and a noted civil rights attorney are shining a light on those whom they believe are responsible for 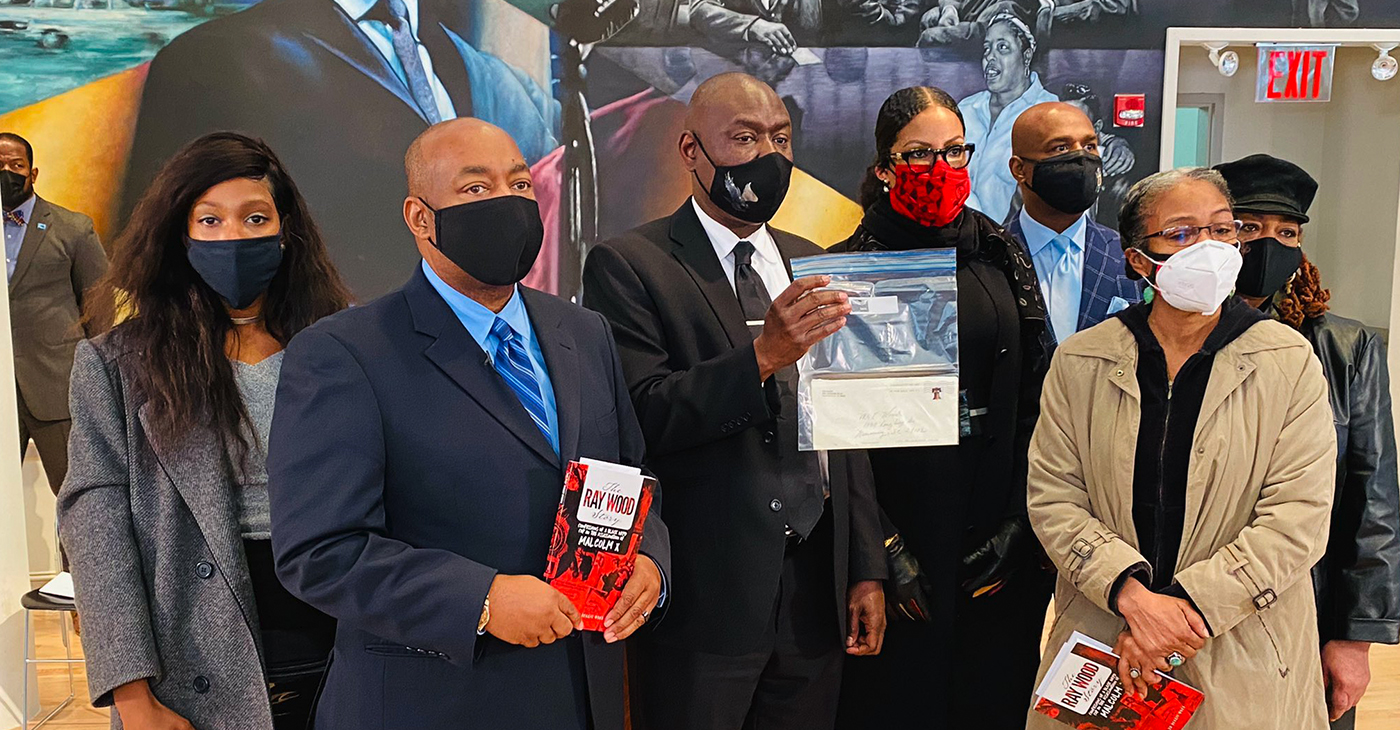 The group gathered on Saturday, Feb. 20, at the old Audubon Ballroom – since renamed The Shabazz Center – with lawyers Ray Hamlin and Paul Napoli and Reggie Wood, whose relative, NYPD Officer Ray Wood, allegedly confessed in a deathbed declaration letter.

The gathering occurred in the same venue as the assassination and just one day before the heinous crime’s anniversary.

The new allegations focus on Officer Wood and a conspiracy against organized civil rights groups that he said had been perpetrated by the New York City Police Department and the Federal Bureau of Investigations.

“Ray Wood, an undercover police officer at the time, confessed in a deathbed declaration letter that the NYPD and the FBI conspired to undermine the legitimacy of the civil rights movement and its leaders,” Crump stated.

“Without any training, Wood’s job was to infiltrate civil rights organizations and encourage leaders and members to commit felonious acts,” Crump noted in a news release before the gathering.

“He was also tasked with ensuring that Malcolm X’s security detail was arrested days prior to the assassination, guaranteeing Malcolm X didn’t have door security while at the Audubon Ballroom, where he was killed on Feb. 21, 1965.”

Ray Wood served as an undercover New York City police officer with the Bureau of Special Services and Investigation (BOSSI).

Reportedly, he earned a reputation for infiltrating the Bronx Congress of Racial Equality (CORE) chapter under the name Ray Woodall in 1964.

According to a report in The Guardian, Wood posed as a 27-year-old graduate of Manhattan College studying law at Fordham University.

“He was soon named CORE’s housing chairman and oversaw a voter registration project,” The Guardian reported.

“Wood earned his activist bonafides by getting arrested with two others at city hall while attempting a citizen’s arrest of Mayor Wagner for allowing racial discrimination on a public construction project,” the U.K.-based newspaper published.

By 1965, Wood had been reassigned to infiltrate a group calling itself the Black Liberation Movement (BLM) and received credit for defusing a plot to bomb the Statue of Liberty.

Talmadge Hayer, who later changed his name to Mujahid Abdul Halim, was the only one to admit guilt in the assassination.

A Netflix documentary, “Who Killed Malcolm X?,” was released last year and featured interviews conducted by Abdur-Rahman Muhammad, an activist and investigator who said he dedicated his life to solving Malcolm’s murder.

Following the documentary’s release, the Manhattan District Attorney’s office announced it would review the case and reopen it if they found new evidence.

Manhattan District Attorney Cy Vance, Jr., could not immediately be reached for comment.