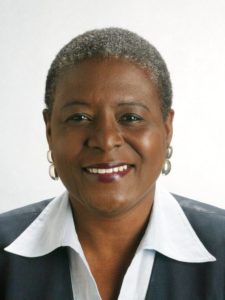 Deadbeat parent is a pejorative term for parents who fail to fulfill parental responsibilities to their children. However, the term is almost always used to describe fathers, though there certainly are deadbeat mothers. It is generally assumed that children belong with mothers, and often this is true; but having worked in a social service agency that served many single parent households, I had the benefit of meeting many custodial parents who were fathers working hard to create safe, nurturing homes for their children. A study and article by Robert Franklin, on the Board of the National Parents Organization, showed there is a built-in judicial bias in most family courts for fathers even before any evidence is presented, and a preference for maternal custody.

This is an important subject because there is no argument that children benefit when both parents are involved in their lives, even if the parents are no longer together. Devaluing the role of either parent with the child creates disunity instead of creating a stable environment for the child. Because of the unintentional judicial bias and the way fathers are treated by the child support system, sometimes fathers who are doing the best they can are penalize with jail, and driver’s license suspensions for situations beyond their control. Courts do not give appropriate consideration to the following situations.

1. Setting child support payments that recognize income and ability to pay;
2. Allowing fathers unable to afford attorneys a fair opportunity to be heard;
3. Recognizing that jailing or suspending the license of a parent who is working, but not earning enough to meet child support obligation, will make it even harder to comply when a modification should be in order;
4. Assigning such penalties when the parent is making the effort to comply only adds court fees on top of existing child support, making the ability to pay even farther out of reach; and rather
5. Allowing opportunities to equally share custody, eliminating child support requirement in such cases.
I observed a case in which a father tried to explain that because of a past conviction, he had not been able to find a job, but shared in the care of his children and was always present in their lives. In tears he tried to explain to the judge his financial circumstances that prevented his ability to pay the amount of child support ordered. And, instead of considering a modification, I watched as the judge ordered that he be placed under arrest. No one was helped that day.

Judges Smith and Everett’s Driver’s License Clinic that was held this month acknowledges the hardships created when the license is suspended, and provide guidance in having the license reinstated. They understand that many of those with suspended licenses, due to child support, work in low wage jobs during hours in which buses are not scheduled. Without driving privileges, they would likely lose jobs making them and their children even more vulnerable.

Parents with child support obligations must act responsibly as well. If there is a child support order, payments made directly to the custodial parent do not count against the obligation. Neither does money spent on the child. Further, changes in custody arrangements must be done through modifications approved by the court. Assuming you will get a reduction in child support because the children were in your custody during the summer months is a mistake too many non-custodial parents make, to their detriment.

The major obligations for non-custodial parents are to maintain a caring relationship with the child(ren) and share in their financial support. Often the mother may have children request purchases of other items making it difficult to say no. However, if the income cannot accommodate these extra purchases and timely payment of the child support obligation, the child will understand. It does not benefit the children or the parents to have penalties imposed that include jail, garnishment of wages, interception of tax refunds, property seizure, and suspension of business and driver’s license that prevent the parent generating income.

Further, the Child Support Enforcement Agency and the family court should seek ways to give equal consideration and value to the important role of both parents to create stability and a loving environment for the children.