PUNE, India — Heatwaves — sweltering weather accompanied by high humidity during summer — are increasing in the Indian subcontinent. They have caused an unprecedented number of deaths across India in recent years.

Now, a study published in Geophysical Research Letters by an online journal called Advancing Earth and Space Science has found that deadly heatwaves will be the norm in South Asia — home to nearly a quarter of the world’s population — by 2040

The study falls in line with the extreme increase in temperatures experienced in India. 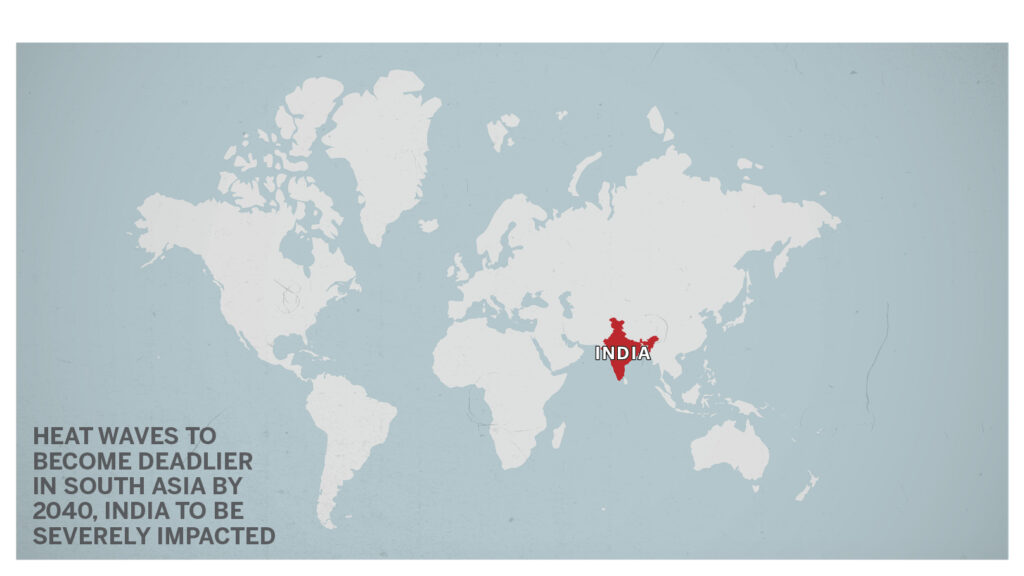 Western disturbances bring in the cold temperatures with rain and snow in the northern parts of India.

“These ultimately determine how cold or warm the year will be. Normally, we get three rounds of western disturbances, with the third one in the first fifteen days of March. This year, the third round didn’t come, which explains the abnormally high temperature in March.”

Srivastava explains that heatwaves are typical from the end of April till early June in north-western India since the area has deserts and is landlocked, thus trapping the heat.

“Not getting enough western disturbance is definitely because of the larger climate change [issue]. If this continues, we will face extreme winters as well as deadly summers,” Srivastava said. 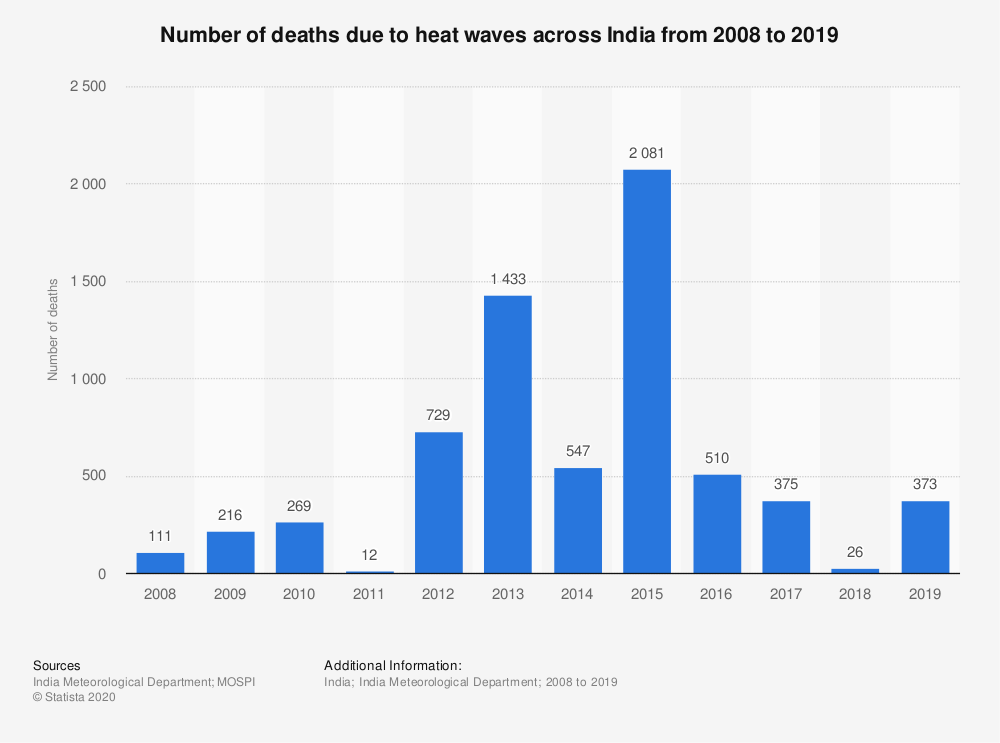 “Even at 1.5 degrees Celsius [increase in temperature], South Asia will have serious consequences in terms of heat stress,” Moetasim Ashfaq, a computational climate scientist at Oak Ridge National Laboratory in Tennessee, U.S., who co-authored the study, said in a statement.

A threshold of 35 degrees Celsius (95 degrees Fahrenheit) is considered to be a physiological limit of human tolerance to heat stress, given that a human body is unable to cool itself beyond this point, according to the study.

“The future looks bad for South Asia, but we can avoid the worst by containing warming to as low as possible,” said Ashfaq, stressing the “need to alter the trajectory of greenhouse gas emissions radically”.

“The need for adaptation over South Asia is today, not in the future. It’s not a choice anymore.”

Earth’s global average surface temperature in 2020 tied with 2016 as the warmest year on record, as per a NASA analysis. But since most people stayed indoors due to the Covid-19 pandemic, deaths in the year did not see a significant spike.

India also made it to the seventh spot in a list of countries most affected by climate change globally in 2019, environmental organization Germanwatch said in its Global Climate Risk Index 2021.

In a June 2019 study, the Earth Sciences Ministry of India noted an increase of 0.7 degrees Celsius (33.26 degrees Fahrenheit) between 1901 and 2018 in India due to greenhouse emissions.

“Fifty percent of the greenhouse emissions come from the agriculture practices in India,” Sandeep Anirudhan, a Bengaluru-based environmentalist, told Zenger News. “Then we have the emissions from vehicles and industries.”

“First and foremost, the government needs to acknowledge the problem we face and create urgency. It can do so by declaring a Climate Emergency,” said Anirudhan.

“It can, as a first step, make it mandatory for every department to hire ecologists at every level. The ecologist’s mandate ought to be to reimagine sustainable and regenerative ways of functioning.”

Anirudhan believes there should be no tolerance for “business as usual” and that everyone has to adopt a new way of doing business that does not destroy or contribute to global warming.

“Everyone has to move to regenerative and stimulating ways of doing business. This will set the ball rolling,” he said.

John Kerry, US Special Presidential Envoy for Climate, has asked India to join hands to confront the climate crisis.

“The world’s two biggest democracies have a great deal to gain by joining hands to confront climate change now. We must do this,” Kerry said.

After meeting Kerry, Prakash Javadekar, Indian Minister of Environment, Forest and Climate Change, tweeted they discussed a range of issues, including “climate finance”.

The recent study published in the Geophysical Research Letters also highlights that heatwaves can trigger unsafe labor conditions in agricultural belts of the country.

“The only way ahead is to start at the policy level and make changes in agricultural practices, vehicle use, and industrial emissions,” said Anirudhan. “Otherwise, we can all party 10 more years and die of climate change.”

The post Study Warns South Asia Will Be In Grip Of Routine Heatwaves From 2040 appeared first on Zenger News.