SPAIN — Open Arms, a Barcelona-based non-governmental organization, has rescued 265 migrants, including 14 women and 63 minors, at the Mediterranean sea in two separate operations.

The migrants were rescued on Dec 31 and Jan 2 and will be shifted to Italy regarding safety concerns.

The boat is expected to arrive in Italy on Tuesday. Open Arms shared videos of the two operations. Both migrant vessels are reported to have started their journey from Libya.

“We were given a sailboat, Astra, that we turned into a rescue and surveillance boat,” reads the website of Open Arms. “Our flagship missions, our team of professionals and volunteers work every day to protect the lives of the people abandoned at sea and to avoid shipwrecks in the international waters of the Mediterranean.”

Despite the number of migrants arriving at the doorstep of European countries having declined, the incidents of distressed migrants are still reported occasionally, which points to the fact that the migrant crisis is not over yet.

A video of the first operation shows 169 people onboard a wooden boat who were rescued on December 31. Members of the non-governmental organization helped the migrants onto the boat before they were brought safely on deck. The group later sang a song, expressing their gratitude to the crew.

Of the 169 people rescued in the first operation, 12 were women while 46 were minors, some of whom were infants. Two days later, the organization was alerted to a second wooden boat with similar characteristics stranded in the Mediterranean Sea.

A second video shows the moment when the stranded boat is spotted and the members of Open Arms approach it. Another 96 people, predominantly of Eritrean nationality, were helped by the group taking the total number of rescued migrants by Open Arms at 265 in 48 hours.

“Two of the people rescued in the second boat were women and 17 were minors,” the non-governmental organization said. Open Arms has received permission from the Italian government to dock the boat at Porto Empedocles in Sicily, where they are currently sailing after the Maltese government refused to let them dock there.

The rescued migrants usually have trouble coping with freezing temperatures which severely impacts their health. 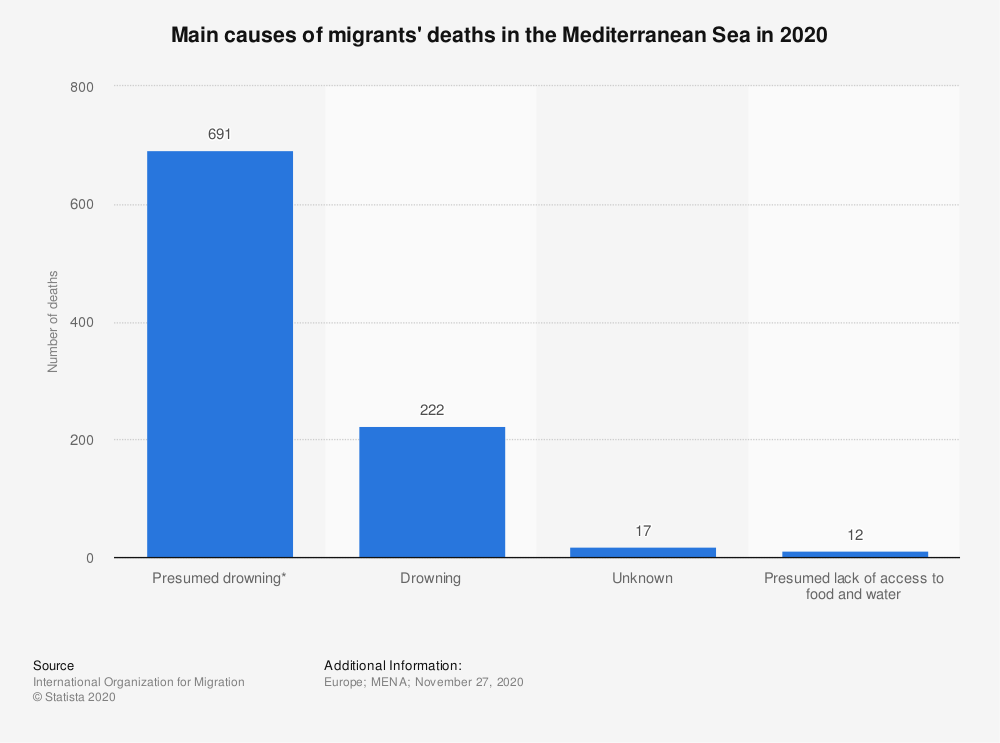 “Some rescued migrants showed signs of hypothermia and malnutrition,” said the non-governmental organization.

Hypothermia is a health condition, in which body heat is lost faster than it is produced causing a medical emergency.

“Among all people rescued, 4,516 (20.3 percent) reported symptoms,” read a report ‘Health status of rescued people by the NGO Open Arms in response to the refugee crisis in the Mediterranean Sea’ published in Conflict and Health.

“Scabies was the most frequent pathology, being suspected in 1817 (8.2 percent) people. Other infectious diseases were diagnosed in 91 (0.4 percent). Thirty-five (0.16 percent) patients suffered some complications from their chronic diseases. Acute injuries due to trauma, burns, aggressions, and bullet or bladed weapon wound were reported in 135 (0.6 percent) cases,” it further noted.

Open Arms’ primary mission is “to protect those who try to reach Europe by sea, fleeing from armed conflict, persecution or poverty; and also to inform and educate on land so that those who migrate can make decisions with complete freedom and knowledge”.

Besides search operations, they provide protection to people who go through trauma during emergency situations and find alternatives to such migrations while empowering them with information and community awareness.