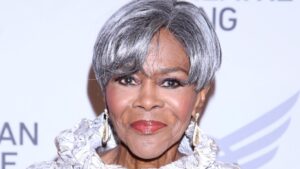 (Newsone) Throughout her entire career living legend Cicely Tyson has brought pivotal roles to life in films and on television and her storied journey in the entertainment industry will be the focus of a new memoir. According to Essence, Tyson is releasing a book about her life that is slated to hit bookshelves in 2021.

The memoir, titled Just As I Am, will delve into the Harlem native’s introduction to the performing arts, her career as a dancer and her pivot to acting. Aside from highlighting the barriers that Tyson has broken in the industry, the book will take a deep look into her personal life; candidly chronicling the friendships that she developed with influential individuals whose work stood at the intersection of the arts and social justice including Ossie Davis and Ruby Dee, Harry Belafonte, Maya Angelou, Aretha Franklin and others. In Just As I Am she also writes about her connections to creatives in the industry now, like Ava DuVernay, Shonda Rhimes and Viola Davis, who are standing on the shoulders of the trailblazers that paved the way.

The book was penned in collaboration with Michelle Burford who is the founding editor of Oprah Magazine. The award-winning actress says the culmination of her experiences have shaped her into the woman that she is today. “The accolades, the lights, the glamour and glitter—they’re all just ornaments on a tree. It is only a tree’s roots, its origins beneath the soil, that can reveal its entire story,” Tyson said in a statement, according to the news outlet. “Every one of my experiences on the public stage has been rooted in my upbringing, those years spent at my mother’s elbow and in the pews of my church. That was my world. That foundation, that core, led me to a lifetime of growth—a wondrous journey that has made me who I am.” Just As I Am, which is being published by HarperCollins, will be released on January 26, 2021.

Tyson has received several accolades this year. She was inducted into the 2020 TV Hall of Fame andreceived the Peabody Career Achievement Award.