Kolkata, India — An Indian artificial intelligence (AI) solutions provider is trying to help farmers in the county better combat vagaries of weather aggravated by climate change. And, it has bagged a major prize recently.

AI Farms, developed by Kalicharan N., a senior tech analyst with American information technology service provider Cognizant, was recently named the Asia Pacific Regional Winner in IBM’s Call for Code 2020. It “evaluates climate and soil conditions to provide farmers with information to adapt their crop strategies”, and will take home prize money of $5,000.

The agriculture sector contributes about 16 percent to the gross domestic product (GDP) of India, the fifth-largest economy in the world. It is also the single biggest employer, with about 41 percent of the Indian workforce is in the farming sector.

But Indian farmers, especially those with small landholdings, are often left at the mercy of the weather. Their situation is aggravated by climate change leading to uneven rainfall. About 42 percent of India faced a drought in 2019, with the states of Andhra Pradesh, Bihar, Gujarat, and Karnataka being worst affected. In Karnataka, 25 percent of the crops were damaged due to the erratic rainfall in August.

The prospect of financial ruin often forces debt-ridden farmers to suicide. In 2019, 10,281 people employed in the farm sector committed suicides, according to data from the National Crime Records Bureau.

“This intelligent system [AI Farms] aims to provide farmers with the information they need to adapt their crop strategies to optimize water usage and control disease,” claims the solution’s description. “This low-cost system uses sensors to monitor groundwater levels, temperature, and humidity.” 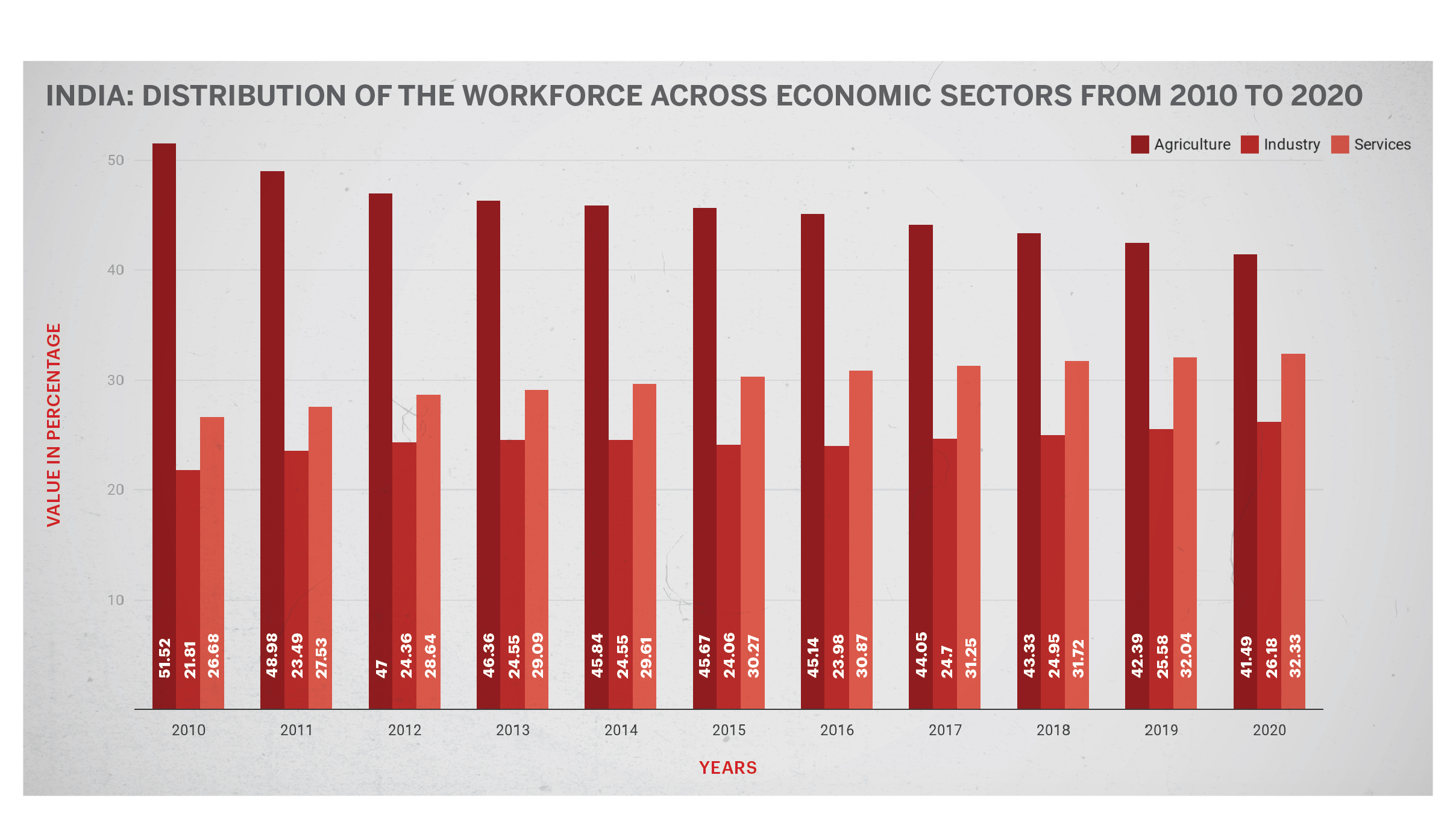 The data is processed through IBM’s Watson Internet of Things systems and produces hyperlocal weather forecasts.

“Cameras installed in farms also click pictures of plants at certain intervals, detecting diseases,” Kalicharan told Zenger News. The solution is now available only for corn and maize but will soon include other crops and also connect more devices to cover larger areas.

“Farmers can access all the information in their language as we have also installed an audio translator,” he added. “Everything is automated, and by the end of one crop cycle, they [farmers] can save money that gets wasted in extra pesticides and extra water.”

There are many landless agricultural laborers as well as those who cultivate the land they rent.

“The government’s attention is clearly divided among the small farmers, medium farmers, and large farmers,” said Anurag Kumar Lohia, an economist with the RBI. “The medium and large farmers usually do not face losses; they have a standing capital. Mostly small and marginal farmers are suffering.”

About 58 percent of the Indian population depends on agriculture and 10 percent of the country’s exports are farm products, according to a recent report by India Brand Equity Foundation (IBEF). Younger people, however, are moving away from farming because of low margins.

In recent years there has been some foreign investment in the sector, especially for farm machinery and food processing. From April 2000 to June 2020, $10 billion of foreign direct investment came into the country’s food processing sector and $2.2 billion into agricultural machinery, according to a recent report by the government’s department of industrial policy and promotion.

The government of India has launched the Agri Udaan scheme in 2017 to boost innovation in the agriculture sector by mentoring start-ups and connecting them to investors.

With the world’s second-largest population (1.4 billion in 2019), India desperately needs to produce more food. It ranks 94 out of 107 countries, with a “serious level”, according to the Global Hunger Index 2020.

AI solutions, such as AI Farms, are likely to be one of the solutions. Several large states in India, such as Maharashtra and Karnataka, are also using AI in agriculture to boost production.

“AI plays a critical role, at pre-harvest and post-harvest stages,” said Srivatsa, co-founder of Jivabhumi, a start-up aimed for the welfare of the farmers with AI. “Farmers face less loss as everything is being conveyed to them through the AI solution.”

“Keeping in mind the low literacy rate of farmers in India, the interface of AI technologies is kept very simple and farmers can easily interact with them, but these technologies are yet to penetrate the Indian market wholly,” said Srivatsa.

“Automated calls and messages are sent to all the farmers for prior notice, and it is being done in their local language so that they do not face any difficulty,” he added. “It will take some time, as it is in the early stages of implementation, and all of these things are finally benefiting farmers.”