Coffee aficionados will want to jump on this news: Scientific evidence points to the health benefits of moderate coffee consumption, including a lower risk of colorectal cancer and kidney disease.

The popular caffeinated beverage, which is richer in disease-preventing antioxidants than green tea and cocoa, even has the stamp of approval from the U.S. Food and Drug Administration.

Worldwide, java lovers consume more than 2.25 billion cups of coffee every day, making it the most popular beverage on the planet. That helps medical researchers who hunt for ways to prolong human life and prevent organ system breakdowns. 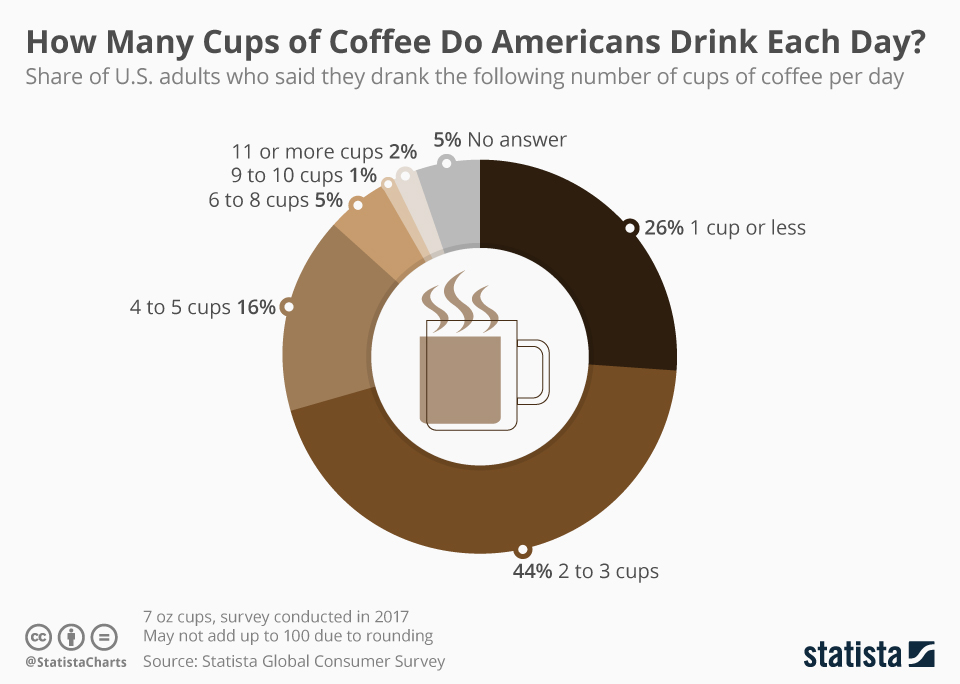 “The gold standard is a [2016] prospective, randomized trial where people that either drink coffee or don’t are randomly selected and studied over time,” Dr. Otis Brawley, Bloomberg Distinguished Professor of Oncology and Epidemiology at Johns Hopkins University, told Zenger News.

“This was done in an Israeli study of 9,000 people that suggested that people who drank coffee had less colon cancer than the people who did not drink coffee. This literature suggests that coffee may prevent colon cancer.”

Another study in 2019 found that that coffee “conferred a protective effect against chronic kidney disease” — the ninth leading cause of death in the U.S. — by drinking an extra cup of coffee a day.

In another study, published in 2018 in JAMA Internal Medicine, researchers collected coffee consumption data from 500,000 people in the UK and looked at the state of their health 10 years later. They concluded that drinking two to three cups of coffee a day is linked to a 12 percent lower risk of death from all causes.

Some dentists believe that while coffee itself does no harm, adding anything to it could cause problems.

“Plain coffee doesn’t have anything in it that the bacteria in the plaque can metabolize and create acids and cause cavities. However, if you put sugar and creamer in your coffee, those are fermentable carbohydrates. The bacteria can burn those and they can cause cavities,” Dr. Matt Messina, a consumer adviser for the American Dental Association, told Zenger News. “Like anything else, consuming these drinks in moderation is fine.”

The official guidelines issued by the U.S.Department of Agriculture included moderate coffee consumption as part of a healthy diet for the first time in 2015. The National Coffee Association formally asked the Dietary Guidelines Advisory Committee in 2019 to recommend coffee to Americans because of its health benefits.

“Recommending that consumers drink an extra cup of coffee per day could impartvsignificant public health benefit, especially in the areas of chronic disease risk reduction, extending the quality and quantity of life years, and reducing the associated costs of medical treatment,” the trade association said in its letter.

Further, coffee drinkers live longer than non-coffee drinkers, according to a health study of nearly 3 million people published in the European Journal of Epidemiology.

Antioxidants, like those found in coffee, can neutralize unstable “free radical” molecules in the human body — molecules that are missing an electron and can rob one from anywhere they go. Cells made of molecules that lose their electrons to free radicals tend to have stunted growth and age more quickly, leading to a wide range of diseases.

Coffee advocates also point to high levels of vitamins B2, B5 and B3, and potassium, which can help lower blood pressure.

A Harvard School of Public Health study in 2011 concluded that the risk of depression is 20 percent lower in women who drink at least four cups of caffeinated coffee a day, compared with those who drink little or none. The research specifically identified caffeine, the most widely used psychoactive substance in the world, as the miracle worker.

Caffeine is absorbed into the bloodstream quickly and increases metabolism in the brain, which has a positive effect on moods and alertness. Caffeine can boost the body’s metabolic rate by 3 percent to 11 percent, according to the National Institutes of Health, potentially aiding in weight loss.

Caffeine-seekers who opt for a Starbucks nitro cold brew, a nitrogen-infused slow-steeped coffee, find 280 milligrams in their cup. That’s practically a low dose compared to a 20-ounce Dunkin’ Donuts coffee with an espresso shot. A full 398 milligrams of caffeine await anyone who downs that cup.

Some experts advocate even greater caffeine intake. A study published by PLOS Biology, a journal of the Public Library of Science, concluded that the amount of caffeine in four cups of coffee can deposit a protein in heart cells that increases their efficiency. Above that intake level, however, side effects enter the picture: high blood pressure, a rapid heart rate and digestive problems.

High levels of caffeine can also become mildly addictive, according to the Food and Drug Administration, with regular coffee drinkers suffering from withdrawal-related headaches, anxiety and nervousness if they skip their morning jolt.

The post Daily Caffeine Kick Can Improve Your Health: the Benefits of Coffee appeared first on Zenger News.