The former Olympian is proving to be the goods outside of the ring as well. Not only does he serve as a boxing analyst for both Showtime and Telemundo, but his philanthropy work has been top-notch as well.

From turkey giveaways for Thanksgiving to being invited as a guest speaker for students and staff members at the Alternative Education Division of Orange County Department of Education, he’s making an effort to give that same energy back to the community outside the ring.

Although his approach may be altered because of the pandemic, those responsibilities are still fulfilled by Abner and Team Mares. Hoping for a 2021 return to the ring and farewell year, Mares has a full plate, but he wouldn’t have it any other way.

Staying busy is essential, and whether it’s in or out of the ring, expect maximum effort from the champion. Stay tuned as we discuss below!

Zenger: How are you doing, Abner?

Mares: I’m doing great. I am ready for this year to be over. But you feel like maybe when December is done, this pandemic will be done, but it’s clearly not.

Zenger: The pandemic wasn’t able to slow you down, especially on the philanthropy side of things. You had to do a few things differently, but you still could do your turkey giveaway this year. How were you able to pull that off?

Mares: It was real important for me to be able to still pull that off.

Usually, we choose a city, and we talk to the city council or mayor of that city or someone up there. And we get a place, and we gather families; 100-200 people and we pass them out.

Unfortunately, due to the pandemic, we weren’t able to do gatherings like that. My wife thought, ‘why don’t we look for a non-profit organization where we can just hand out the turkeys, stay there and do a drive-thru?’ And that’s exactly what we did in the city of Watts, California.

And we also did a turkey giveaway on social media for people to nominate families that really need ’em this year, and we got a bunch, man. I personally went from house to house.

You know, for the first 15 houses, because it was too many to do (laughing), it got overwhelming. It’s just a blessing. It’s crazy reading the stories when someone nominated a family and told me the story of why they need it. The things they are going through this year and a lot of people are going through it, man. We’re blessed that we were able to help out a little bit.

Zenger: Things are also different in terms of public speaking. Those events are online now. You were able to speak to some students and teachers via Zoom. What was your message?

Mares: I wasn’t as nervous, I guess, because I was in the comfort of my own home doing it virtually through Zoom.

Man, because I am the worst when it comes to live speaking. I don’t know; I get so nervous. It was great. The questions they were asking … I don’t know what took over me that day, where I was just speaking my heart out about everything I went through.

Just telling them everything I went through, my lifestyle, and how I got to where I am. Sacrifices and everything that it took, thank God it touched a lot of hearts and their minds. Everybody loved it.

I’m glad I was able to inspire them somehow to continue to chase that dream. I told them that I was in their position. I was sitting there as one of the kids in continuation schools. I just wanted them to stride, proceed and never give up, ya know?

I was just talking from my heart. I was really proud of myself after. I remember Hanna calling me like, ‘Abner, oh my God, you make me want to work even harder.’ It was great.

Zenger: It’s wild hearing you get nervous doing public speaking when you do boxing commentary for Showtime. Is it because boxing is your element and motivational speaking is a little outside of it? 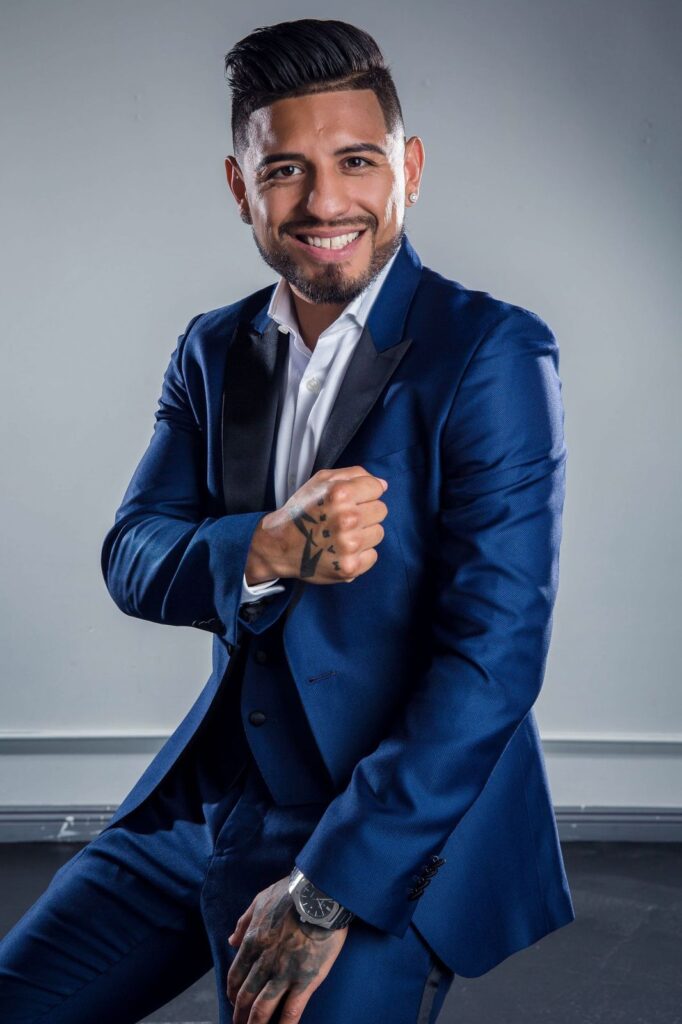 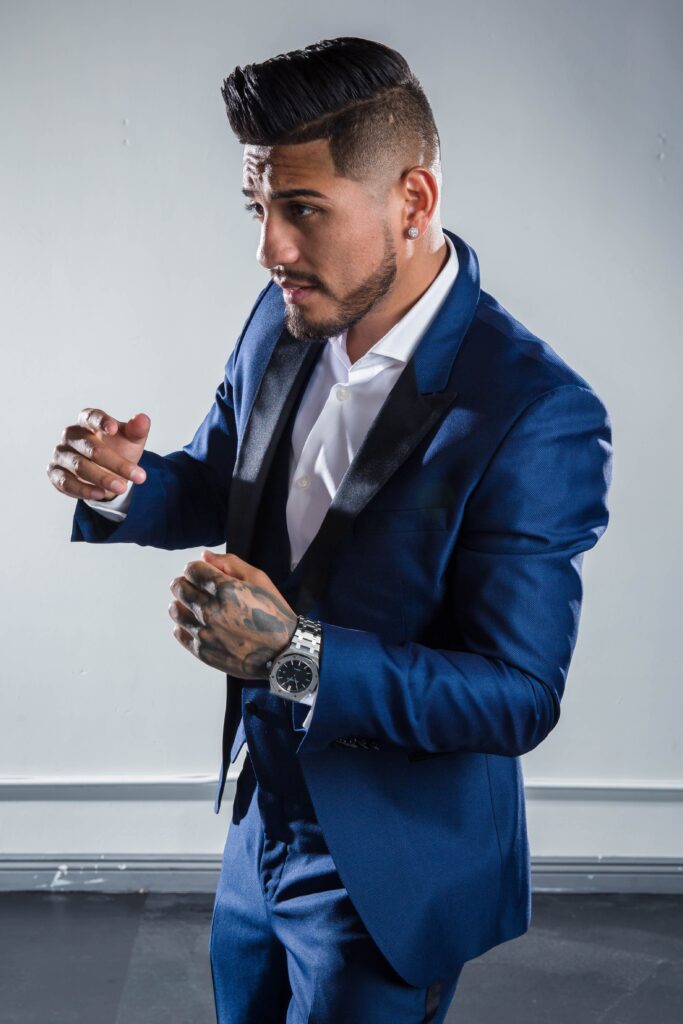 Mares: A little bit of everything. I can’t sit here and lie and say the pandemic didn’t push me to want to get these things done. It did.

In your mind, you’re thinking … ‘I don’t want to throw names, but it’s like, what if [Donald] Trump wins and he comes up with something where I can’t get my citizenship,’ so, things like that. I had already waited too long.

I should have done it years back, not only the citizenship but a lot of things. I sold big property that I felt was the right time because of the pandemic.

Given the circumstances, I didn’t know how we would be doing things and how this pandemic would hit the market—a lot of things like that.

Thank God it’s been a great year. I’m not gonna lie. It’s been a comfortable year despite the pandemic. Thanks again to the team I have. We can’t let a little pandemic hold us back.

Zenger: Honestly, Abner, although it’s been a crazy year and fans haven’t been able to attend like before, we have had a damn good year in boxing, and it’s closing strong.

Mares: Yeah, it has. There are differences with no crowd. We have some really good fights. There are some great fights coming up, and I’m fortunate to be part of Showtime’s broadcast team. Out of nowhere, I got that call. I call it a call from the heavens. I got that call on a beautiful Wednesday evening. I still remember. I’m blessed I’m still doing that, and I cannot wait to close out the year.

Zenger: How does preparation differ from commentating to prepping for a fight?

You’re used to going to the gym, and you’re used to putting your body through that; it’s a mental thing, muscle memory. You just do it.

I’ve been doing it since I was seven years old. And this whole getting prepared for a show, it’s different. I wasn’t the brightest kid in school. I was the kid that never turned in their work on time. I was just not that kid, ya know?

And now you see me staying up till 1-2 in the morning studying these fighters, getting their names right and their backgrounds. You just don’t wanna mess up.

When you’re new at a job, you just want to do everything right and perfect, so that’s me every day. Believe it or not, I’m not a guy that watches boxing all the time, so most of these guys I don’t know, I gotta do a lot of studying.

At the end of the day, what makes it really comfortable and easy, I have to say, is being a part of the great team at Showtime. I call them family because they treat me just like it. They’re always preparing me. We have rehearsals, and I’m always messing up. They tell me how to do it, Al Bernstein, Steve Farhood, Mauro Ranallo, the whole crew. They are great people. I love em,’ and I’m still learning.

Zenger: I am amazed at how much weight your name still holds. You were scheduled to fight Gervonta Davis, Ryan Garcia called you out, Joseph Diaz Jr. called you out. That’s a lot of young guns who want to share the ring with you.

Mares: Yeah, man! When this whole pandemic started, all these fighters started calling me out. It reminds you that you did so much. I have accomplished so much in the sport that these fighters are willing to fight me despite me being out. They know my name will put them in a position to get bigger fights because, at the end of the day, my name is still big, thank God.

We had JoJo Diaz, we had Ryan Garcia, WBO champion Jamel Herring calling me out also, Billy’ The Kid’ Dib from Australia … all these fighters wanted to fight me. I tell them, “Thank you! It will be an honor; it will be a pleasure.” But I gotta take my time, consider these fights and see who we end up fighting because I do want to come back next year.

Zenger: The pandemic derailed your 2020 comeback. You now have the commentating as your fallback. Is 2021 the goal for a comeback? Is 2021 your closure year?

Mares: It is. It is my closure year and my final year.

I feel like my next fight, hopefully by early next year, will really determine how many fights I do. Whether it’s one or two or three, but no more than three for sure. And that’s why I’m saying it’s my last year because that’s the number of fights I usually get in one year, one or two.

I just feel like I have already done what I had to, and now really what I’m going back for is comfort—going out with a bang. I won’t come back.

My doctor already approved of me coming back. I’m basically ready. So, my first fight will determine how many I will do, and that’ll be it.

You talked about the fallback, which is the commentary on Showtime, thank God. If not, we have other plans. But at the end of the day, there are different chapters in your life. I’m almost done with one; the second one is commentary.

I’ve been blessed [that] I will continue to rise to the occasion and pursue anything that’s put in front of me, and do my best of making the best for me and my life.