KOLKATA, India — Major crop damage due to climatic conditions has forced the the world’s largest rice producer — China — to import rice from India for the first time in decades.

India is the world’s leading exporter of rice, followed by Thailand and Vietnam.

“There has been substantial rice crop damage in Thailand and Vietnam this year, leading to a surge in demand,” said Kaul. “Also, for a long time, there were restrictions on rice export from these countries due to the pandemic. In India, there was no such ban. This resulted in an increase in demand for rice from India. The price of Indian rice is competitive, too.”

Thailand and Vietnam are the major rice-exporting countries to China, contributing 28 percent and 19 percent, respectively. Until recently, India ranked ninth among the 14 countries that supplied the rice imported by China in 2019,

Drought and saline water intrusion into agricultural land led to an estimated production loss in about 460,000 hectares (1.1 million acres) in Vietnam this year, and over 15,000 rice fields were damaged in parts of Thailand, according to government estimates.

Meanwhile, major agricultural areas in south China, including the Yangtze River basin and its tributaries, suffered floods that damaged corn, soy and rice. 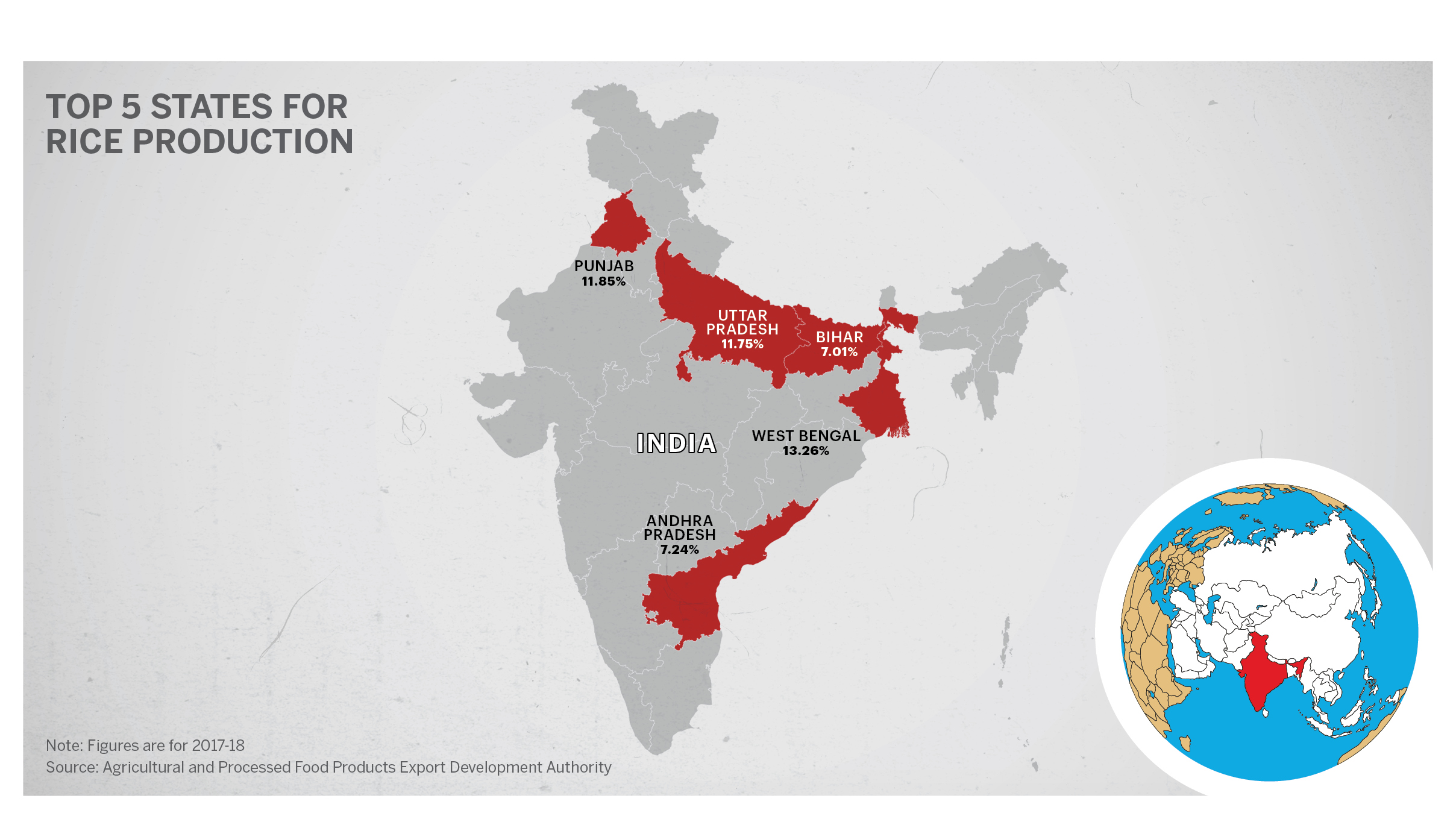 India is expected to hit record highs in rice production this year owing in large part to favorable weather conditions. Production is estimated to hit 102.4 million tons of Kharif crops this year, compared with 102 million tons in 2019-20. Kharif, or monsoon crop season in India, is from June to October.

The price of an Indian variety of non-basmati rice is lower by $100 per tonne compared with that from Thailand and Vietnam, Kaul said. The bumper production in India has boosted its rice imports by China.

“We are getting a lot of inquiries for IR64 variety rice this year, which is mostly consumed as sticky rice outside India,” said Krishna Rao, a rice trader from the southeastern state of Andhra Pradesh. “This demand is mainly due to the shortage of rice production in Southeast Asia, which has led to an increase in demand for rice from India.”

Traditionally, basmati rice is the largest agri-export from India.

China’s milled rice production this year is expected to be 147 million metric tons, a percent lower than their five-year average, according to the U.S. Department of Agriculture. Last year, China consumed about 143 million metric tons of rice. 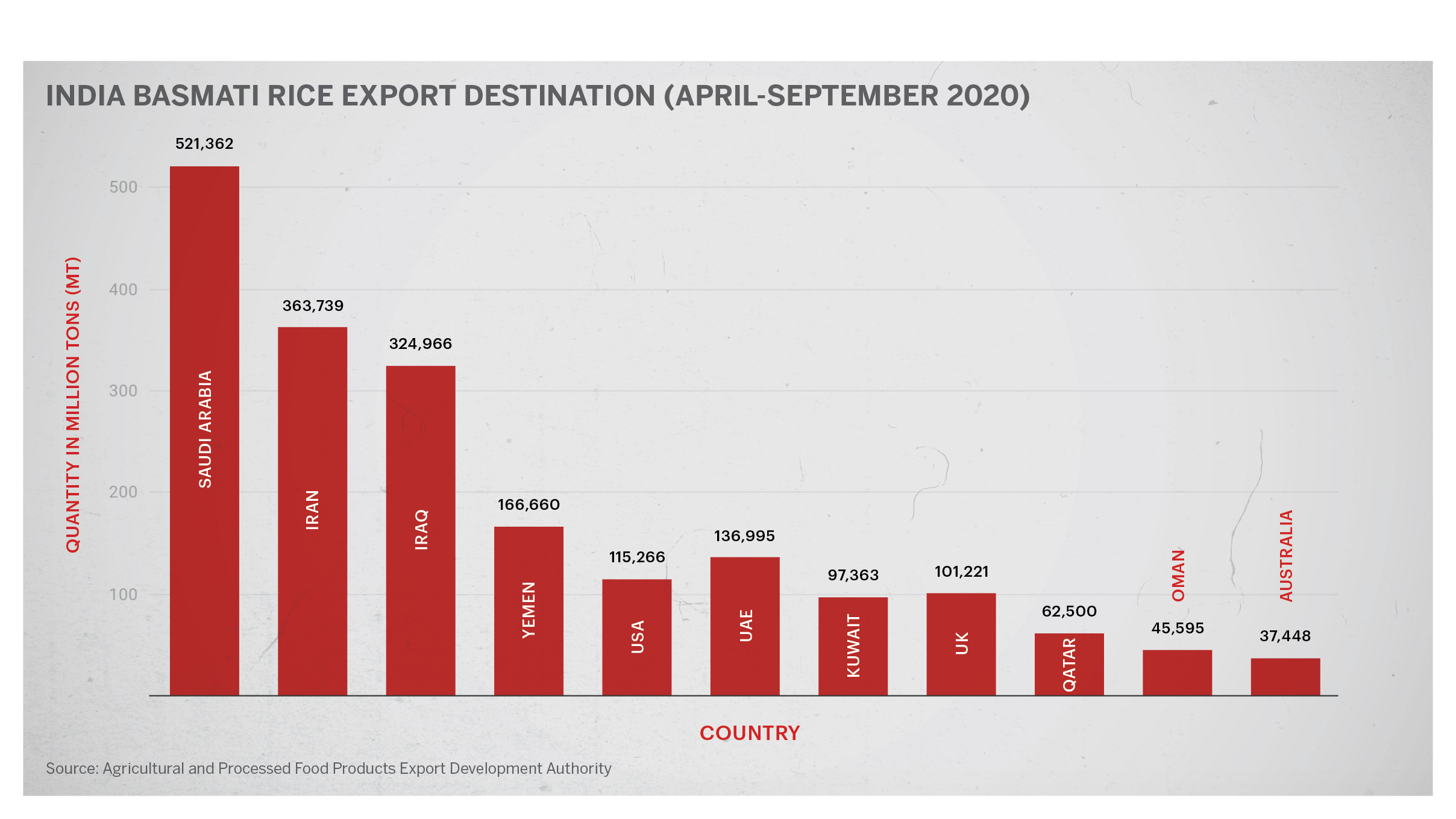 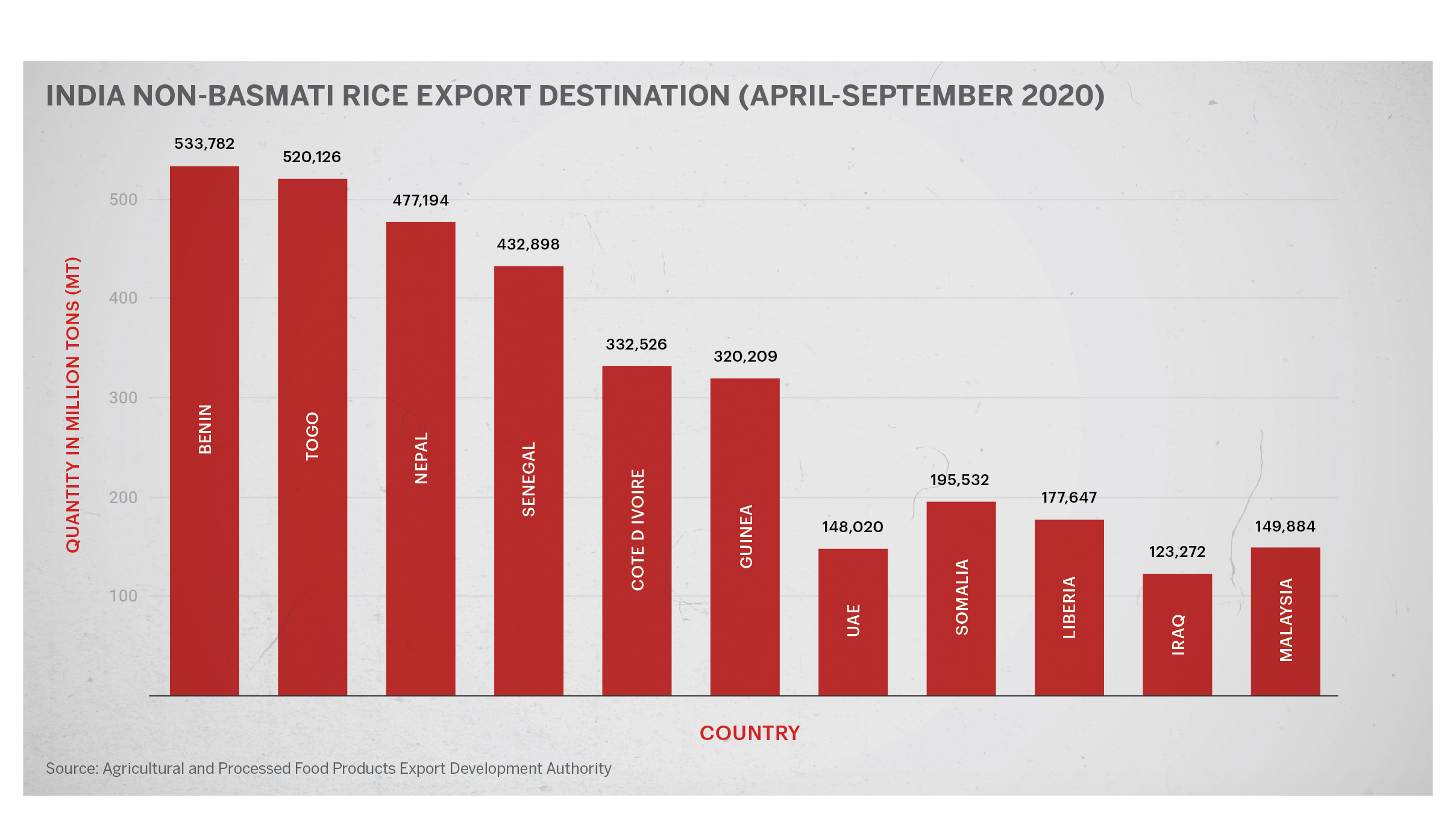 The issue of food security was raised in China in August by President Xi Jinping, who called for reducing food waste. To this end, the Chinese government launched a campaign that encouraged restaurants to restrict the number of dishes served. The government also started several campaigns to generate awareness about food security among the population.

The Wuhan Catering Industry Association started a system under which a group of diners, who typically share dishes “family style,” may order only as many dishes as the number of people in the group, minus one, according to the Food Policy Center at Hunter College in New York City.

“Some restaurants have also told their servers to nag customers about not wasting food. One restaurant in Hunan even weighs patrons (voluntarily) and provides menu recommendations based on their weight and body type,” the Food Policy Center states in an article.

While China has grown economically, its dependence on food imports is rising as  domestic production is not enough to meet demand, states a study by Censere.

“In the past 10 years, sown areas of major cereals (corn, wheat and rice) have only increased by a small amount. For other major crop types, such as soybean, tubers, peanuts and rapeseeds, the total sown area has decreased. Moreover, it is expected the total sown area in China may further decrease by growing urbanization,” the report notes.

The boom in rice exports to China could be short-lived.

“This year, while the overall rice export market was good in India, I don’t think the Chinese buying will make a significant difference in overall exports as this surge looks like a short-term phenomenon,” said Vijay Sethia Former president of the All India Rice Exporters’ Association.

The imports to China occur at a time when bilateral relations between India and China are strained since their troops clashed in the Galwan Valley in the mountainous Ladakh region in mid-June. Subsequently, India banned several popular Chinese apps, including TikTok and WeChat.

The post China to Import Rice from India for First Time in Decades  appeared first on Zenger News.