GABARONE, Botswana — An explorative study looking into the feasibility of drilling for oil and natural gas in the Okavango River Basin in Southern Africa’s Kalahari Desert is moving forward, despite opposition from environmental activists.

Pressure group Alliance Earth is against the exploration of the area, which sits in Namibia and Botswana, for what it claims may be hydraulic fracturing, also known as fracking.

This is the controversial process of firing a high pressure mixture of water, chemicals and sand into drilled ground to release any difficult to reach oil or gas. Its full environmental impact is not yet known.

But the governments of Namibia and Botswana have denied that fracking will take place, adding that any drilling for the project will be far from the Okavango River Basin, also known as the Kavango Basin.

Canadian-owned ReconAfrica announced in an August press release that it had received C$23 million in funding for “the first drilling and seismic programs in this basin”. 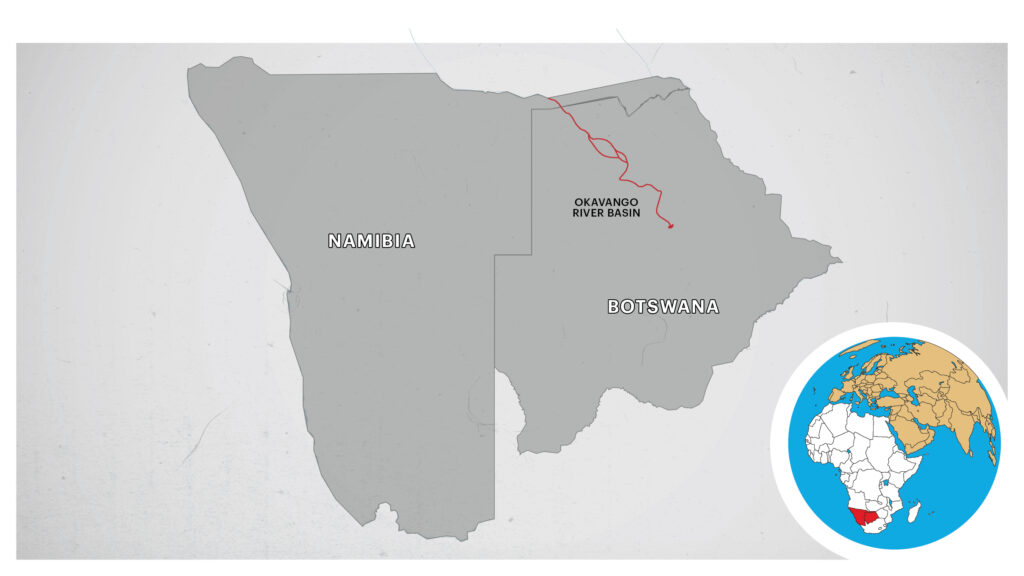 The company is now well positioned to begin its evaluation of the Kavango Basin, one of the world’s last remaining undeveloped deep sedimentary basins,” said chief executive officer Scot Evans.

The statement said ReconAfrica was ready to “initiate and complete a three well drilling program in the most opportune parts of Kavango Basin”, which it hoped to begin in early December.

It added that it holds petroleum licenses comprising about 8.75 million acres in the Kavango Basin.

In an earlier statement on June 25 the company announced the hiring of Nick Steinsberger, an experienced head of drilling and the pioneer of “slick water frac” – a type of fracking fluid.

On its website in September, Alliance Earth called the basin an “environmentally sensitive, protected area in Africa that supplies the Okavango Delta with water”.

It said the alleged future fracking location sits inside a conservation area along the banks of the Okavango River, straddling the border between Namibia and Botswana.

Alliance Earth director Jeffrey Barbee told Zenger the pollution from oil and gas would “probably ruin the pristine environment that support[s] more than a million people around the Okavango Delta”.

He said it would also negatively affect the $60 million in estimated yearly profits that the region makes through tourism into the delta.

“Despite assurances from oil companies, the fact of the matter is that oil and gas development is not compatible with tourism, destroys biodiversity and cannot usually be stopped once it gets going.”

But the government of Namibia through the Ministry of Mines and Energy denied any fracking was taking place, and in a statement on Sept. 18 said environmental permits had been issued for exploration only.

The permits are “for the purpose to explore for hydrocarbons and not to conduct any fracking activities in the Okavango Delta,” the ministry said.

No license for the development of unconventional resources (eg. shale gas) has ever been applied for/or granted in Namibia. This means that on record, no hydraulic fracking activities are planned in Namibia.”

It added that planned drilling locations are not located along the banks of the river but “very far” from the Okavango Delta.

While some drilling will be taking place for the exploration project in Namibia, in Botswana permission has so far only been granted for non-destructive data collection.

Botswana Ministry of Mineral Resources and Green Technology Permanent Secretary Mmetla Masire told Zenger that ReconBotswana, a subsidiary of ReconAfrica, was given an exploration license in June.

“In their first two years, they are going to do non-inclusive methods [of] operation where they will not be drilling. They will be doing an aeromagnetic data survey. They are not physically drilling. They are just collecting data through satellite,” said Masire.

He said the company will be subjected to an environmental impact assessment before any drilling can take place. However, this will not be fracking and will not happen for at least three years, he added.

OKACOM was established through a tripartite agreement on shared water resources among three Southern Africa countries — Angola, Botswana and Namibia.

A long-standing agreement among the three member states that share water, is that none of them will make any decision that threatens the safety or existence of the water without notifying other member states.

Ramoeli said that although some media organizations have reported fracking in the upper Okavango Basin in Namibia, the commission is unaware of it taking place.

He added that feasibility studies have to be completed before ReconAfrica can start drilling for oil and natural gas for distribution, and all countries in the OKACOM compact would have to agree to it.

“If then this was to go into a real project, that process would have gone through a review by other member states,” said Ramoeli.

He explained that it is not just by “word of mouth” but a country has to provide information whether feasibility studies were done.

He said the Namibian government told them the drilling intended for data collection was taking place far away from the river mainstream.

“Namibia has assured us that the drilling is not even done in environmental sensitive areas like parks,” he said.

Mike Murray-Hudson, a senior research scholar in wetland ecology at the University of Botswana‘s Okavango Research Institute, told Zenger the proposed wells are far from the active part of active Okavango River Basin.

“We can expect the impact to be very low. Even if they find resources, the impact could be low since it’s far from the active part of the basin,” he said.

Hudson is convinced the agreement between the three member states will not allow Namibia to carry out developments without prior notification.

“Any development that member states are planning to do within the river basin, such a member state will give others time to find out what could be the likely impacts before the development take place,” Hudson said.

Zenger News was unable to reach anyone at ReconAfrica for comment.

The post Canadian Company Presses Ahead with Oil Exploration in Southern Africa Despite Opposition appeared first on Zenger News.