“Figures from the Cannabis Disposal Team shows they closed down 398 large farms in 2020. They also seized plants and harvested leaves with a street value of £86,697,000 ($118 million),” said the West Midlands Police Department in a statement.

A video footage shared by the police department on Jan 16 shows a body-camera clip from the officers busting down one of the largest cannabis growing farms.

The Cannabis Disposal Team is only called to clear large factories − ones suspected of being run by organized crime gangs − where expansive hydroponics set-ups need dismantling and electricity supply has been bypassed to power heat lamps and ventilation.

“Most of the cannabis farms we deal with are being used to fund organized crime gangs,” said Mike Hall, manager, Cannabis Disposal Team. “We often find weapons, machetes, and sometimes guns, and people found at the properties are often trafficked here illegally and are being exploited.”

He said the drug factories can have hazardous environments, hence the officers are specially trained. The offenders tend to steal electricity by tampering with the main supply and several people have burnt into flames due to the dodgy wiring.

The biggest cannabis farm cleared by the Cannabis Disposal Team was found in a storage unit in the central city of England, Coventry, on July 20 when drugs valued at EUR 3.6 million ($ 4.9 million) were recovered.

“There are lots of tell-tale signs that a property is being used to grow cannabis, not least the sweet, leafy odor of the drug itself,” said Hall. “Others would be a constant low humming noise from ventilation, windows blacked out or curtains drawn all day, large ducting tubes coming from the property, powerful lights on at night, and people visiting regularly for just a short period.” 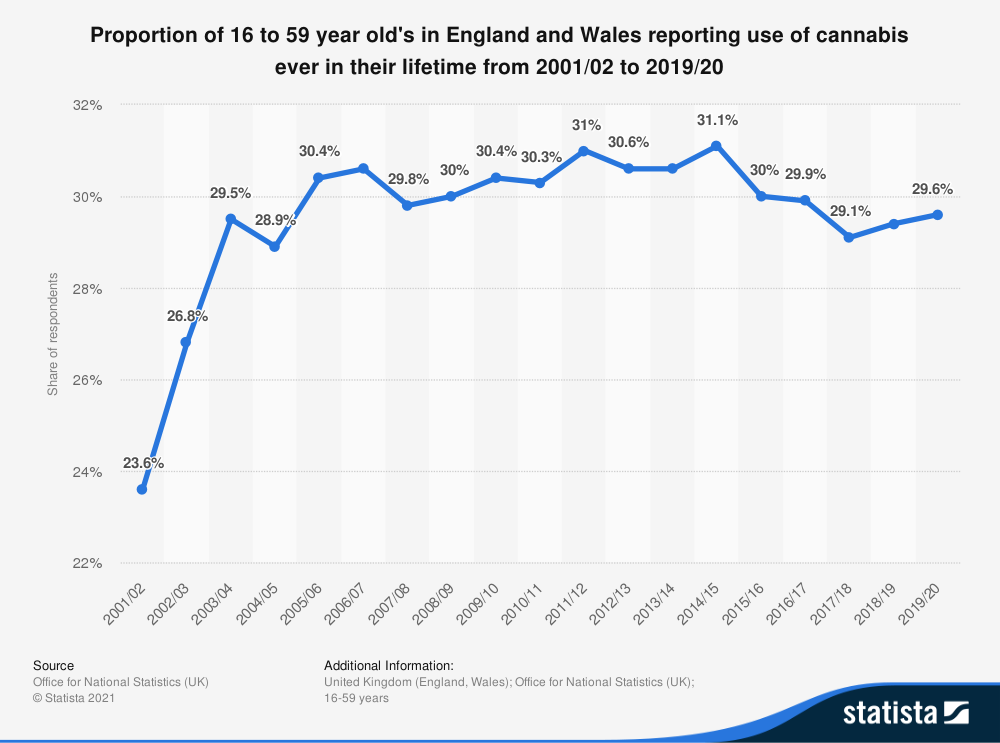 In all, 29.6 percent of people in England and Wales aged between 16 and 59 had used cannabis at least once during their lifetime in 2019/20, as compared with 23.6 percent in 2001/0, states the Office of National Statistics. During the provided time period, 2014/15 was the reporting year with the highest share (31.1 percent) of adults advising they had used cannabis at least once in their lifetimes.

Currently, cannabis is categorized as a class B drug in the United Kingdom. However, research is still ongoing, and preliminary evidence suggests that non-psychoactive cannabinoids, including cannabidiol and tetrahydrocannabinol, are effective in treating many physical, emotional, and mental health conditions.

“In the area of mental health, cannabis oil has been shown to work as a mood stabilizer, addressing anxiety and depression, but has also been used to help manage conditions like schizophrenia and post-traumatic stress disorder,” said the report.

Only about 10 percent of users develop an addiction, as compared to 15 percent of alcohol users and 32 percent of smokers. Far more violent crimes are committed under the influence of alcohol, which is legal, states the National Health Survey Research (1).