PUNE, India — Coinbase, the largest cryptocurrency exchange in the U.S., is setting up back-end operations in India by hiring for roles such as information technology services, customer support, and software development.

The development comes when India is sitting on a bill that calls for a ban on all private cryptocurrencies.

“India has long been known as a hub for engineering and technology innovation. We look forward to finding that world-class talent to help the Coinbase group develop new ways for our customers to interact with the crypto-economy,” the company said on March 25.

The Cryptocurrency and Regulation of Official Digital Currency Bill, 2021, is yet to be introduced in Parliament. The Bill seeks to prohibit all private cryptocurrencies in India, paving the way, perhaps, for a government-issued cryptocurrency.

“We have been blowing hot and cold over the past three months,” Krishna Kumar, an independent fintech consultant, told Zenger News.

“The Indian finance minister and Reserve Bank of India [India’s central bank] governor say only a central bank digital currency is on the anvil. Rest isn’t going to happen. But there are other voices in the government stating we are flexible.” 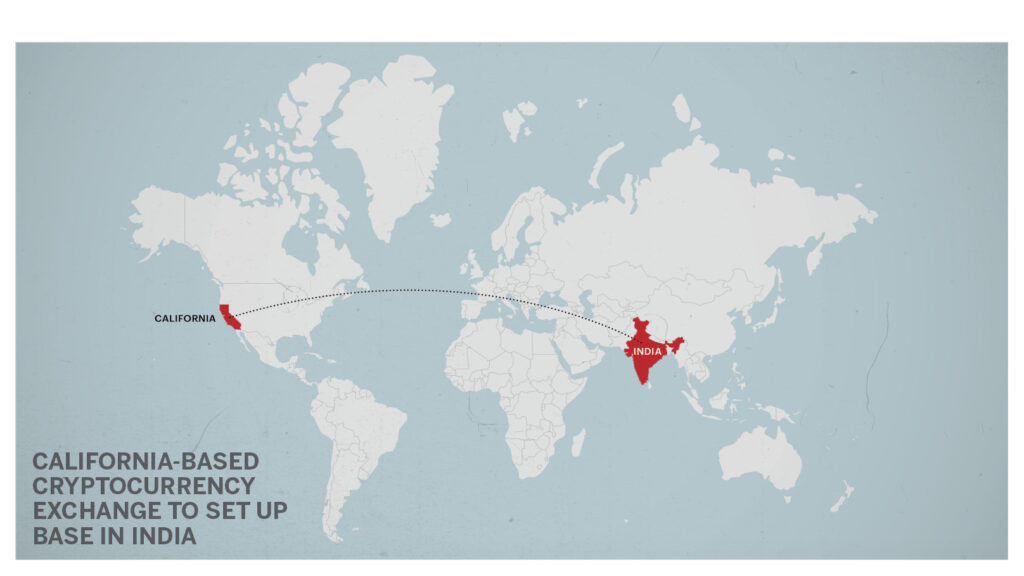 Kumar believes the Bill prohibiting ownership of private cryptocurrencies or their issuance is somewhere in between.

“We don’t know if it will be passed in its current form or be altered. A foreign investor looks for regulatory certainty, either the doors are closed or open, but not a situation where it’s partially open but can be closed,” he said.

Effective April 1, India requires companies to disclose trading and investments in cryptocurrency and virtual currency that are part of their financial statements, as per India’s Ministry of Corporate Affairs.

Even as India contemplates banning virtual currencies, finance minister Nirmala Sitharaman in a recent TV interview, said India is not shutting all options for cryptocurrency and will allow some window for experiments on blockchain and bitcoin.

A government bulletin also states that the Bill is likely to make some exceptions to promote the underlying technology of cryptocurrencies such as blockchain and distributed ledger technology.

Cryptocurrency runs on technology like blockchain, which is a type of distributed ledger. A distributed ledger is a decentralized database that records details of transactions across various geographical locations.

“Most people confuse cryptocurrency and blockchain technology,” Abhishant Pant, angel investor and fintech expert, told Zenger News. “Blockchain is a technology. Blockchain and distributed ledger technology is something the government will possibly be looking at.”

Despite resistance from the Reserve Bank of India, which raised concerns over the impact of cryptocurrencies on the stability of the economy, Indian users drove the most traffic after the U.S. on the global cryptocurrency trading platform Paxful in February 2021.

Bitbnx, Zebpay, and Unocoin are some other cryptocurrency exchanges in India.

“There’s so much investment by start-ups in blockchain technology. Many exchanges got a good number of investors and traders in January and February. They are urging the government to increase taxation on crypto credits, and cryptocurrency exchanges are taking it positively after the finance minister’s last interview,” Purohit said.

Founded in 2012, California-based Coinbase is the largest cryptocurrency exchange in the U.S. with transactions worth over $455 billion and 43 million users with $90 billion worth of assets on the platform. Users can buy digital currencies such as Bitcoin, Ethereum, and Litecoin on Coinbase.

The firm is planning to go public in April with a direct listing on NASDAQ, highlighting the wider acceptance of cryptocurrencies worldwide, including in countries like the U.S., Indonesia, and Canada.

However, Coinbase setting up back-end operations in India does not necessarily indicate an interest in starting crypto operations.

“It’s more from the point of view of using the back-office value chain, and less from a market lens point of view,” Pant said. “There are enough and more examples not just from a crypto perspective; say for example Oaknorth, a neo bank in the U.K., has a huge establishment in Gurugram (a city near New Delhi in northern India), but it doesn’t have any banking presence in India. These are entirely possible.”

Apart from the regulatory uncertainty, the biggest hurdle for foreign crypto exchanges wanting to come to India is a banking account.

“One of them is if you want to operate in India and provide products to Indian consumers, you need to have a banking account, through which people can transact. Now, banks don’t open a current account for crypto exchanges, so how will you move money from point A to B? Because of this, people don’t find comfort in opening crypto wallets.”