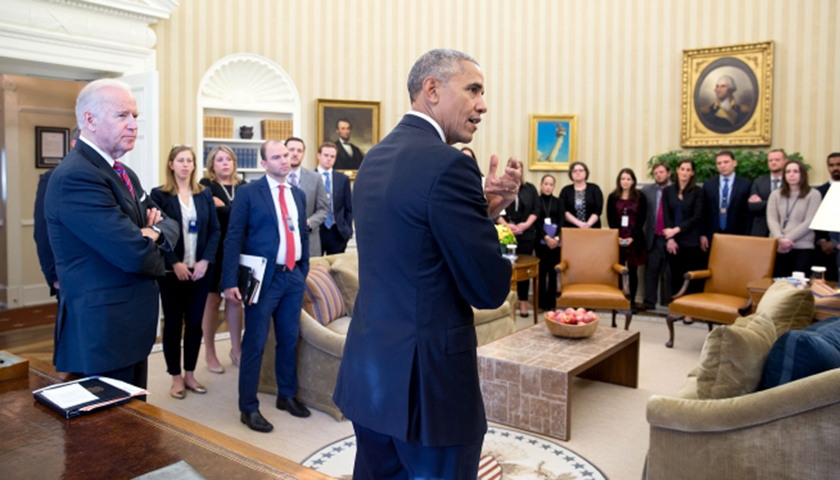 By Roger Caldwell
In less than a month, real estate baron and reality TV star Donald J. Trump will be sworn-in as the 45th President of the United States of America. There is a reverence and adulation for Trump; sixty-two million Americans’ voted for him, even though they really have no idea what he stands for, and what he is going to implement. In recent reports, some of his supporters have said that they hope he doesn’t really repeal Obamacare.

Many of Trump’s mostly White supporters believe that they’ve lost control of their country and the perception of the U.S. on the global stage. For the last eight years, a Black man has been in control, crafting an agenda that supported poor people, immigrants, women, members of the LGBTQ community and people of color; some of Trump’s supporters, erroneously believe that Black people and immigrants were the prime beneficiaries of Obama’s policies. Republican lawmakers obstructed President Obama at every turn.

Despite historic legislative obstruction at the federal level, President Obama will leave the economy far stronger than what he inherited from the Bush Administration. Unemployment is 4.6 percent, a nine-year low, the stock market is breaking all kinds of records, and an additional 20 million Americans have health insurance coverage. The country is no longer dependent on foreign oil and now utilizes more clean energy like natural gas, wind and solar.

During the president’s tenure, the economy added 15 million new jobs and experienced 74 months of consecutive job growth. The first Hispanic woman was appointed to the Supreme Court, and the first Black man and Black woman were appointed to the position of Attorney General of the United States.

As the president prepares to leave office, his approval rating remains the highest it has been since the spring of 2009. Despite his success, or because of it, the Democratic Party suffered heavy losses in Congress and at the state and local levels.

During the president’s eight years in office, the Democrats lost over 1,000 political seats in state legislatures, governor’s mansions and Congress. The defeats stymied the development of the next generation of young Democrats, leaving the party with limited power in statehouses and a thin bench to challenge Republicans on the federal level.

It is easy to place the blame on President Obama, but the entire Democratic leadership team must also share in the blame. For the last six years, it appears that the Republican Party has been quicker to the draw, and they appear to work harder.

When President Obama won the election in 2008, he tried to reach across the aisle, and work with the Republicans. But the Republican leadership was working from a different playbook, and their plan was to suppress and obstruct every policy the president tried to implement.

The mid-term election of 2010 is where the Republicans began to take control of the federal government, state legislatures, and governorships.
“The refusal by many Democrats to accept help from Obama in 2010, and 2014 midterms was also a strategic mistake. Some Democrats blame Obama for an executive agenda that highlighted social issues, such as transgender rights and access to birth control over the economic anxiety still felt by many voters,” said Lisa Lerer, a reporter with the Associated Press.

Even though President Obama won the presidential campaign in 2012, the Democrats were still losing political seats, and in 2014 the Republicans controlled both Houses on the federal level. President Obama’s administration did not develop a job strategy for the middle of America, and many White voters feel that they’re no longer living in the country they grew up in.

The final reason that President Obama is not getting any credit as he leaves office is the problem of the color line. America is changing; there are more people of color with positions of responsibility, influence and power.

Systemic racism still exists and it is difficult for many to give a Black man credit for a job well done.

President-elect Trump and the Republicans can blame President Obama for not accomplishing anything during his tenure, because it is easy to criticize the starters when you are on the sidelines. On January 20, 2017, for better or worse, America and the world will have a new quarterback.