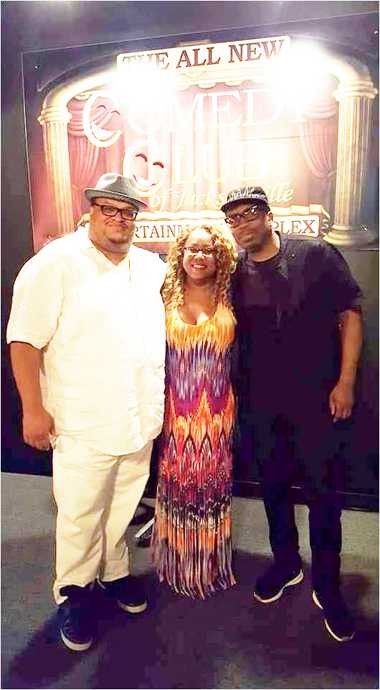 Comedians Huggy Low-Down and Chris Paul descended upon Jacksonville over the weekend with laughs and plenty of jokes for the audience at the Comedy Club on Beach Blvd. Chris Paul and Huggy Low down are known for their comedian antics as guest each morning on the Tom Joyner Morning show. Chris and Huggy teamed up to bring their comedy improv to Jax for an all out laugh fest. Chris and Huggy churned out jokes that had crowd in stitches. “It was good hearing Chris and Paul in person. Listening to them on the radio they are hilarious. They were very funny and enlightening,” said Jax resident Vaness Payenr, shown with comedians Chris Paul and Huggy Lowdown.