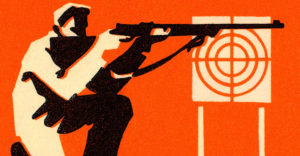 NNPA NEWSWIRE — The September 18 state-by-state examination of the economic costs of gun violence, reveals numbers that the committee called “staggering.” For instance, in 2017, for the first time, the rate of firearm deaths exceeded the death rate by motor vehicle accidents. Nearly 40,000 people were killed in the United States by a gun in 2017, including approximately 2,500 school-age children – or more than 100 people per day and more than five children murdered each day. Sixty percent of gun deaths each year are firearm suicides, researchers said.

Approximately 7,500 African Americans are killed each year because of gun violence.

Further, it’s 20 times more likely that a young black male will die by a firearm homicide than a white peer, according to a new report.

In a study commissioned by Democratic members of Congress’ Joint Economic Committee, researchers found that gun violence in America has especially taken its toll on young people.

The report found that rural states, where gun violence has reached its highest levels in decades are the hardest hit.

Researchers said Americans between the age of 15 and 24 are 50 times more likely to die because of gun violence than they are in other economically advanced countries.

The September 18 state-by-state examination of the economic costs of gun violence, reveals numbers that the committee called “staggering.”

For instance, in 2017, for the first time, the rate of firearm deaths exceeded the death rate by motor vehicle accidents.

Nearly 40,000 people were killed in the United States by a gun in 2017, including approximately 2,500 school-age children – or more than 100 people per day and more than five children murdered each day.

According to a 2019 Pew Research study, “Though they tend to get less attention than gun-related murders, suicides have long accounted for the majority of U.S. gun deaths. In 2017, six-in-ten gun-related deaths in the U.S. were suicides (23,854), while 37% were murders (14,542), according to the [Centers for Disease Control and Prevention] CDC. The remainder were unintentional (486), involved law enforcement (553) or had undetermined circumstances (338).”

“[More than] 200 days ago, the Democratic House took decisive action to end the gun violence epidemic in America by passing H.R. 8 and H.R. 1112, bipartisan, commonsense legislation to expand background checks, which is supported by more than 90 percent of the American people,” Senate Democratic Leader Chuck Schumer said in a statement.

“With the backing of the American people, we continue to call on Senator McConnell to ‘Give Us A Vote.’”

“For [more than] 200 days, Senator McConnell has refused to give the bipartisan bills a vote on the Senate Floor, “again and again putting his political survival before the survival of our children,” Schumer said.

“Every day that Senator McConnell blocks our House-passed, life-saving bills, an average of 100 people – including 47 children and teenagers – die from senseless gun violence. Some 20,000 have died since the House took action on February 27,” he said.

According to Everytown, an organization dedicated to addressing gun violence, “firearms are the leading cause of death for Black children and teens in America.”

Officials said this fact is hurting Black children and teens at home and schools, especially in cities that lack the resources to stop gun violence and the trauma associated with it.

According to Everytown, students of color in cities are exposed to higher rates of violence.

The report also states, “although Black students represent approximately 15 percent of the total K-12 school population in America, they constitute 24 percent of the K-12 student victims of gunfire who were killed or injured on school grounds.”

Researchers for the Joint Economic Committee said gun violence has direct and indirect costs, including the reduction of quality of life due to pain and suffering.

Gun homicides are also associated with fewer jobs, lost businesses, and lower home values in local economies and communities across the nation.

The latest estimate is that gun violence imposes $229 billion in total annual costs on the United States – 1.4 percent of GDP, the report noted.

Researchers said it’s difficult to measure the economic costs of gun violence because in the past Congress has blocked federal funding for research at the Centers for Disease Control and Prevention.

“The more than 20-year ban has had a chilling effect on private and other research,” researchers wrote in the report.

“It is likely that the numbers underestimate the total costs of gun violence,” they said.

And it shines a spotlight on two of the fastest-growing areas of gun violence – suicides and firearm deaths of young people (under the age of 25).

Among the key findings:

“The human cost is beyond our ability to comprehend, it is tragic, it is sickening, and it is a crisis,” Rep. Carolyn Maloney (D-NY), the vice-chair of the committee, said in a news conference Wednesday. “The gun violence needs to stop, and we need to make it happen,” Maloney said.