It looks like Stacey Dash isn’t going to pursue politics after all.

The Clueless star has dropped out of the Congressional race of California’s 44th district, she announced on Twitter.

“After much prayer, introspection and discussions with my family, I am withdrawing my candidacy for California’s 44th Congressional District,” she wrote. “My goal was, and remains, to improve the lives of people who have been forgotten for decades by the Democratic Party.” 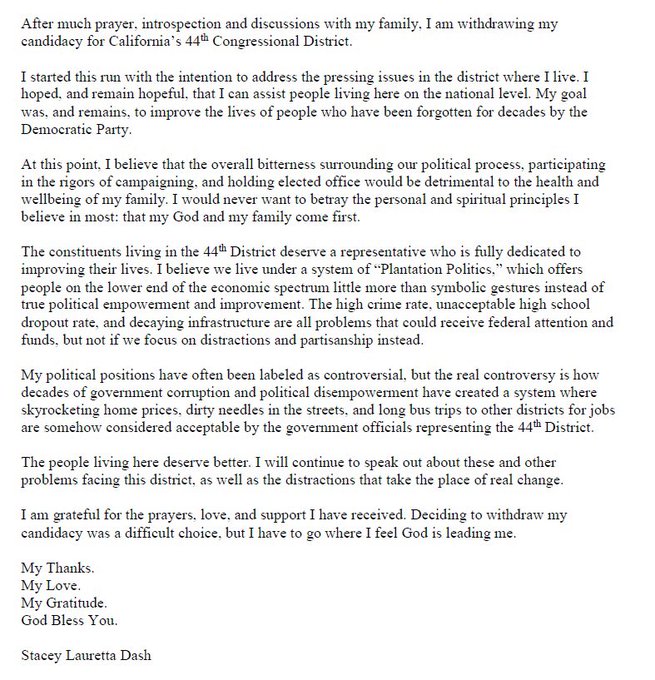 I have released this statement on my campaign. It’s not an easy one.

In February, Dash, 51, had announced she was running for Congress to represent Compton, Watts, San Pedro and North Long Beach, which is a Democratic Party stronghold.

Earlier this month Compton’s mayor, Aja Brown, announced she would be running against Dash for Congress.