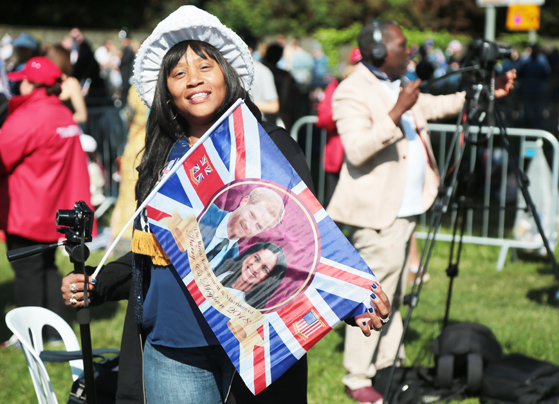 All of the excitement of the royal wedding prompted Orange Park resident and retired Navy Officer Louis Vanleer to attend the festivies in London, England. Millions viewed through the television, while the local couple were were among the throng of well wishers to witness Prince Harry and Meghan wedding rituals. “We were excited to be in England for the wedding. Once the wedding date was set, we planned our trip and were eager to be a part of history and witness a union between two countries,” said Vanleer. Shown is Dale Vanleer holding her souvenir wedding items waiting on the Duke and Duchess of Sussex arrival.