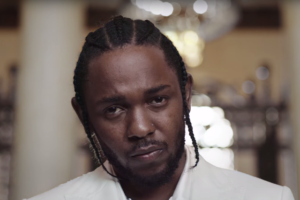 Kendrick Lamar has won a Pulitzer Prize for music for his album “Damn.,” the organization has announced. Host Dana Canedy seemed quietly delighted when making the announcement.

While the Pulitzer’s usual laudatory blurb explaining the reasoning behind the award was not available at press time, there’s little doubt about the impact Lamar has had on hip-hop, music and culture since he broke into the mainstream with his 2012 album “Good Kid, M.A.A.D City.” Each of his albums has been a vast musical progression from the one that came before, but most importantly, his lyrics reflect his upbringing in Los Angeles’ tough Compton area, the black experience in America, hip-hop’s history and legacy, stardom and countless other topics — all through a remarkably modest and self-assured attitude, one that does not lack the confidence and bluster that most rappers have, but all through the lens of an old soul. Lamar, 30, has won 11 Grammy Awards and has been lauded by and has met with President Barack Obama on several occasions.

Musically, his albums have challenged both himself and hip-hop’s standards: While “Good Kid” was a kaleidoscopic take on Lamar’s own life and upbringing in a thoroughly melodic yet hard-hitting musical context, his next album was a deep challenge to his audience: He enlisted a battery of Los Angeles jazz musicians to back him, and while songs like the Isley Brothers-sampling “Alright” — an unofficial anthem of the Black Lives Matter movement — were relatively straightforward musically, others were challenging even to jazz heads. And while “Damn.” is a return to more conventional hip-hop overall, it is not without its challenges: For example, the second half of “D.N.A.” features three different musical elements that barely seem to have anything to do with each other.