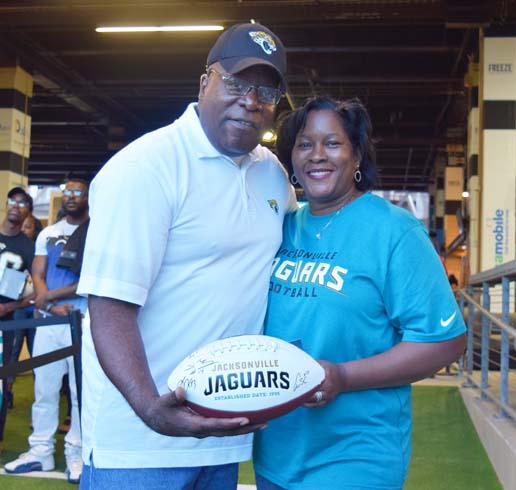 The 83rd NFL Draft kicked off last week in Arlington, Texas at AT&T Stadium. The Jacksonville Jaguars entered the draft with seven picks, including the 29th overall selection.

Thousands of Jaguars fans gathered for the largest draft party on the First Coast. Local fans celebrated the newest additions to the team all week long beginning with the Uniform Launch and Draft Party held at Daily’s Place. While there, fans had the opportunity to celebrate with the reigning AFC South champions wearing their new uniforms and the debut of a behind-the-scenes documentary, “The Return of Tradition: Designing the Jaguars Uniform.”