By Lynn Jones – Marsha Ambrosius is in love! The English songwriter and sultry singer hails from Liverpool, England. Her musical career began as a member of Floetry, a singing dynamic duo that released their debut solo album Late Nights & Early Mornings in March 2011. For more than twenty years Marsha has written songs to satisfy the old school palate.

Currently working on a 51 city tour, with another sultry artist and crooner Maxwell, Marsha states, “she is glad to  honor the stage with another sultry singer, that I’ve adored for a long time.”  Newly married and the mother of  #nyla her two year old, she manages touring with the help of her husband and family. Her new album ironically is entitled: #NYLA and features euphorically love songs and finally finding the one and not letting go. “This relationship was real and trusting. Once I acknowledged I wanted love and let go, love shone through,” says Marsha as you hear her smiling through the phone!

When asked about artist today and their longevity and contributions, Marsha commented, “some artist today are microwavable, with no seasoning, you have to feel the music and the journey.” For over two decades Marsha has become a seasoned songwriter, bringing life to songs that resonate through the listener’s heart, mind body and soul.  Her songs are dedicated to women who exude class, women whose self worth is to flourish and admit their flaws.

Ambrosius won the Centric Award at the BET Awards of 2011. She was also nominated for Best Female R&B Artist at the BET Awards 2012 and won the Record of The Year (Ashford & Simpson Songwriters Award) at the 2011 Soul Train Awards for the song “Far Away.” In December 2011, she received two Grammy nominations (Best R&B Song / Best R&B Performance for “Far Away”), the night before she performed at the White House with the President Obama and First Family at the National Christmas Tree lighting. 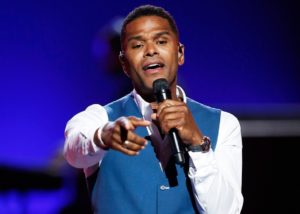 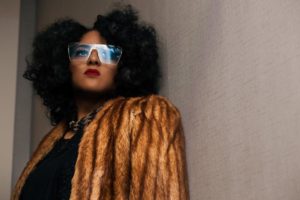