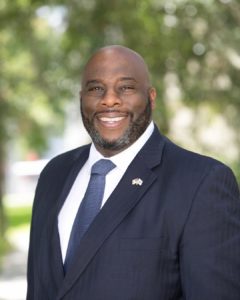 By Lee Brown
Back door deals. Bullying. Degrading comments. Stall tactics. Party alienation. Sounds like something out of a New York Times Bestseller. Or maybe an average Thursday in Washington, D.C., right? Maybe. But the situation I’m referring to is happening right here in Jacksonville, Florida. The current issue at hand is a half-cent tax referendum that the Duval County School Board is trying to get on the ballot this year. The reason the school board wants the referendum on the ballot is to improve the current condition of our aging public schools. Sounds simple right? But hold on – usually, when things sound simple in Jacksonville, they aren’t.

The fight over whether or not the Duval County School Board’s tax referendum makes it to the ballot in 2019 has exposed serious character flaws in our elected officials, and due to their lack of leadership, they now find themselves in varying degrees of ineptitude, from complicitness to cowardice. They appear to have eschewed logic in favor of appeasing the administration at the expense of our children. The administration wants to control the school board and by default, the superintendent by deferring the referendum. The Jacksonville Civic Council says that the DCSB spends too much money per student. The administration says that DCSB does not have a plan, even though the plan was explained at multiple community meetings. They are running out of excuses and opportunities to do right by our children. Our public schools are in various stages of disrepair with faulty air-conditioning systems and unsafe buildings. What seemed to be a simple process of letting the public decide on the tax referendum has become a political powder keg, and the lack of leadership on the city council has exacerbated the issue. Quite honestly, I am not sure why the school board – an elected body with its own taxing authority – has not challenged the OPINION of the general counsel.

True leadership is doing what is right for OUR children, not what is expedient. Our elected officials need to stand up for our children, or stand aside while we replace them. The ask of the school board is a simple one, let the citizens decide if our children are worth the investment.