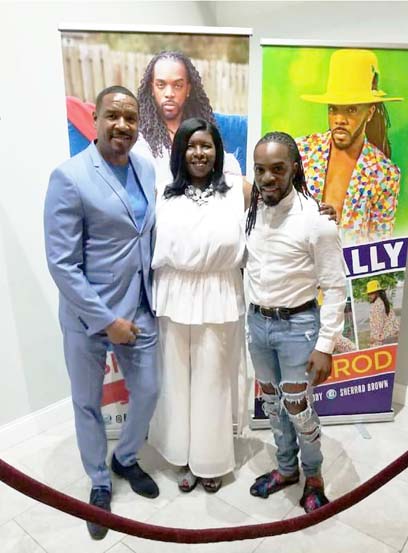 Acclaimed artistic director Sherrod Brown recently took his artistic gifts to the stage at Players of the Sea Performing Arts Center in Jacksonville Beach. He produced a night of triple threat categories of singing, dancing and acting for his personally written stage play #FinallySherrod.  The self wrttien production included an expose of skits telling his life story to music and a full cast of actors. During the one man show, attendess experienced personal stories told through song, dance and monologues. To fans delight, actor Dorien Wilson who is  best known for his role as Professor Stanley Oglevee on the UPN sitcom The Parkers was in the audience to support his friend and the evenings benefactor, the Posh Factory Performing Arts Center. Shown during intermission is actor Dorien Wilson, supporter Shara Mondy and stage play producer Sherrod Brown.