Last weekend members of the Alpha Kappa Alpha Sorority, Pi Eta Omega Chapter and their guests met at the SOS Academy to listen to presentations on Mental Health Awareness. The theme of “Stop the Silence” was used to emphasize the need for everyone to talk about what to do when you know someone who may be suffering from a mental problem. Instead of “keeping it quiet”, it is important to get help.

The program opened with chapter members sharing the symptoms of five different mental illnesses in a skit called “Faces.” Guest speakers included Mark Ansley who is the father of a son who has been diagnosed with Autism. He discussed the many challenges he has faced and is still facing as his son is now 21 and has aged out of public schools. As the owner of Zack Snacks, a food company developed to provide nutritional snacks for both children and adults, Mr. Ansley started this company as a means of providing food that his autistics son would eat.

City Councilman and Executive Director of Community Rehabilitation Center Reggie Gaffney also spoke to the more than 40 attendees about the mentally ill patients that have plagued the city’s streets and courts. “CRC is a nonprofit which helps low-income people by providing medical services for mental illness, substance abuse and HIV/AIDS. We also have many challenges that affect mentally ill patients at the center. We want to help everyone and also make sure that families understand mental illness and get the community to have more events like this one that creates open dialogue and much needed information,” said Gaffney.

Mental health information with names, addresses, and phone numbers of places to go in both Duval and Clay counties was provided for all attendees. The mental health project is a component of the national initiatives set by the sorority. 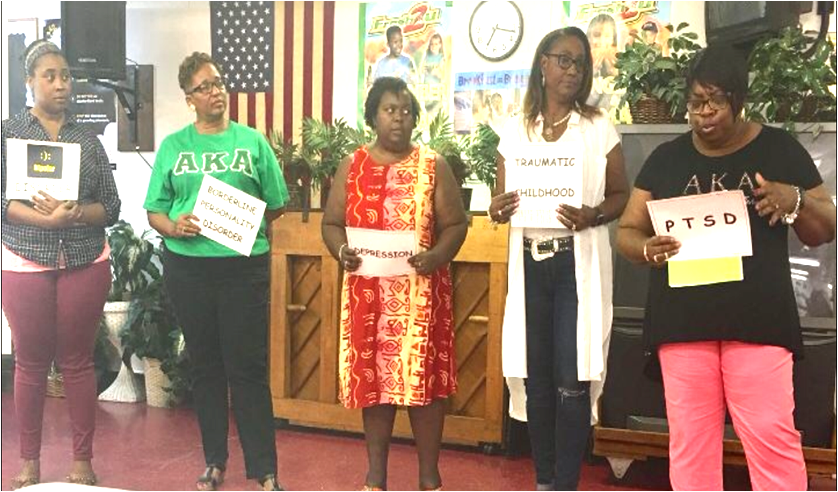