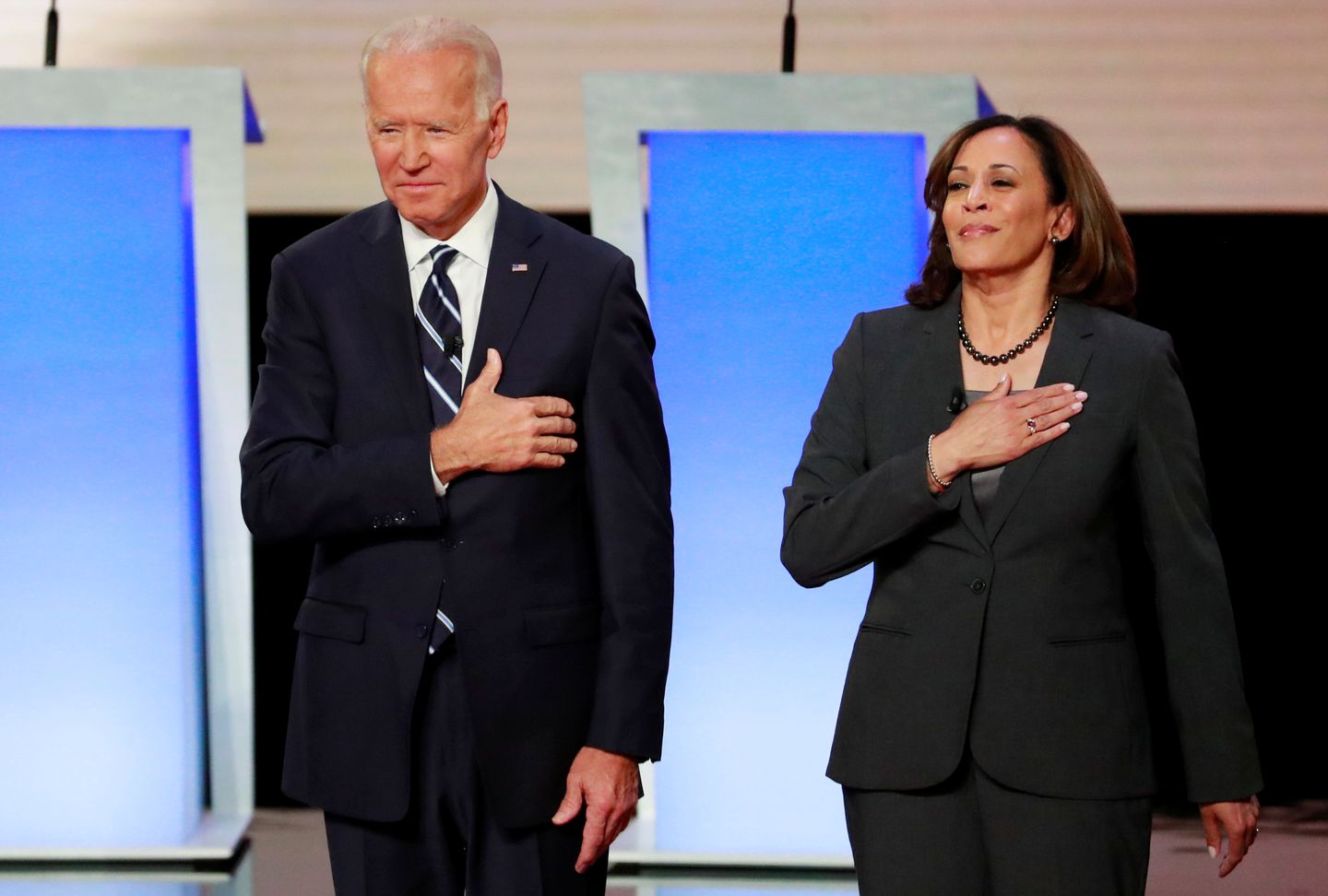 Theodore R. Johnson is a senior fellow at the Brennan Center for Justice and an adjunct professor at Georgetown University’s McCourt School of Public Policy.

For the past30 years, the Democratic presidential candidate who received the most primary support from black voters won the party’s nomination. All but one — John F. Kerry in 2004 — won the popular vote in the general election. But developments in the curren tDemocratic contest, including former vice president Joe Biden’s continued popularity among black voters and Sen. Kamala D. Harris’s departure, show that the black electorate remains widely misunderstood. Here are five myths about the voting bloc that may be especially relevant for the 2020 election.

One of the defining phenomena of contemporary American electoral politics is the black electorate’s large and enduring support for the Democratic Party, which has concurrently moved leftward: its presidential candidates have received an average of nearly 90 percent of the black vote for the past six decades. Many conclude that black voters’ liberal preferences, carried over from economic and racially progressive policies of the civil rights movement and Jesse Jackson’s presidential campaigns of 1984 and 1988, led this shift. MSNBC host Joy-Ann Reid wrote that Jackson’s radical liberalism helped pave the way for Bernie Sanders’s rise.  And the Black Lives Matter movement tried to push Hillary Clinton left, changing liberal politics in the process. As a result, senior politics writer David Catanese held in U.S. News & World Report, “the most liberal list of policy positions” would be Sanders’s “best gambit to win over African Americans. ” And Noah Millman made the case in the Week that Sen. Elizabeth Warren’s liberale conomic populism may be the key to winning black voters.

But black voters’ support of Democratic candidates is a function of electoral pragmatism — voting in a risk-averse fashion to preserve gains, instead of ideologically in hopes of immediate transformative change — not devotion to left-wing ideology. In surveys, more than half of black Democrats and Democratic-leaning independents prefer a public option for health care over Medicare-for-all, and two-thirds of black Americans favor charter schools and choice programs, which run counter to party orthodoxy.

Only 28 percent of black Democrats consider themselves liberal, according to the Pew Research Center, while 70 percent identify as moderate or conservative. And black liberal Democrats constitute just 17 percent of the left wing of the party, Gallup found. Black voters’ political diversity is more visible in local and state politics: A 2007 study of direct-democracy referendums in California found that black voters were split between the conservative and liberal positions, for example. And Republicans have succeeded in appealing to moderate and conservative black voters in state races, as Maryland Gov. Larry Hogan did in his 2018 reelection campaign, when he won more than a quarter of the bloc.

Black candidates are what matters most to black voters.

It’s certainly true that black voters support black Democratic candidates at higher rates, often in terms of both turnout and vote share. But analysis of past elections and campaigns shows that black voters have never prioritized simple descriptive representation over other factors, like party affiliation, campaign viability, candidate electability, preexisting relationships with the black community and a sense of authenticity. Sen. Barack Obama had to prove his viability by winning white Democrats in Iowa before his black support materialized, a hurdle that many black candidates, from Shirley Chisholm and Al Sharpton to Booker and Harris, have not managed to clear. As several black voters recently told the New York Times: “Representation is not enough.”

While campaigning in Michigan in 2016, Donald Trump claimed, “At the end of four years, I guarantee you that I will get over 95 percent of the African American vote.” That assertion is clearly outlandish. But it has long been a Republican axiom that winning 1 in 5 black voters is the magic number for party dominance. Trump and the GOP point to low black unemployment and federal prison reform as winning messages.

Yet Trump will be fortunate to get to half of that 20 percent threshold in 2020. The 8 percent of black voters he won in 2016 was certainly more than John McCain and Mitt Romney received in 2008 and 2012 while facing Obama’s historic candidacy. Still, between 1968 and 2004, Republican presidential nominees averaged nearly 12 percent of the black vote, and Trump under performed each one. Meanwhile, Gallup reports that just 10 percent of black Americans approve of the job Trump is doing, and more than 3 in 4 have an unfavorable view of him, according to a recent Economist/YouGov poll. The party’s relative silence after the president’s comments about black countries, majority-black cities like Baltimore, and black athletes and women appears set to play a larger role in black voters’ choices than specific policy proposals.

Finally, higher black turnout does not equate to Democratic wins: Though it increased in 1984, 2000, and 2000 2004 Republican nominees won the White House.

South Bend, Ind., Mayor Pete Buttigieg’s support among black voters has been dismal:at 2 percent nationally in the Economist/YouGov poll and at less than 1percent in South Carolina, where black voters are nearly two-thirds of the primary electorate. A much-publicized rationale for this lack of support, largely based on an internal campaign memo, is that black voters can’t get past the fact that Buttigiegis openly gay. Rep. James E. Clyburn remarked that “there’s no question”Buttigieg’s sexuality is a problem for older black voters. These sentiments are grounded in the social conservatism and strong religiosity often found in parts of black America, demonstrated most publicly during state referendums and law making on same-sex marriage between 2000 and 2015. For example, black parishioners in North Carolina helped pass a 2012 measure to define marriage as between a man and woman, and mobilized in Maryland against a 2012 statute legalizing same-sex marriage.

But Chicago Mayor Lori Lightfoot, who is black and gay,  won thanks to black voters — despite the open acknowledgment that if she’d kissed her partner in a black church, she’d be asked to leave.  Social conservatism does not have a large effect on black Americans’ voting behavior, according to research published in Social Science Quarterly. In fact, black voters view Buttigieg about as favorably as white and Hispanic voters do, and fewer black voters view him unfavorably, according to the Economist/YouGov poll. A range of issues impairs his ability to win black support (including lack of endorsements from prominent black officials); homophobia probably isn’t one of them.