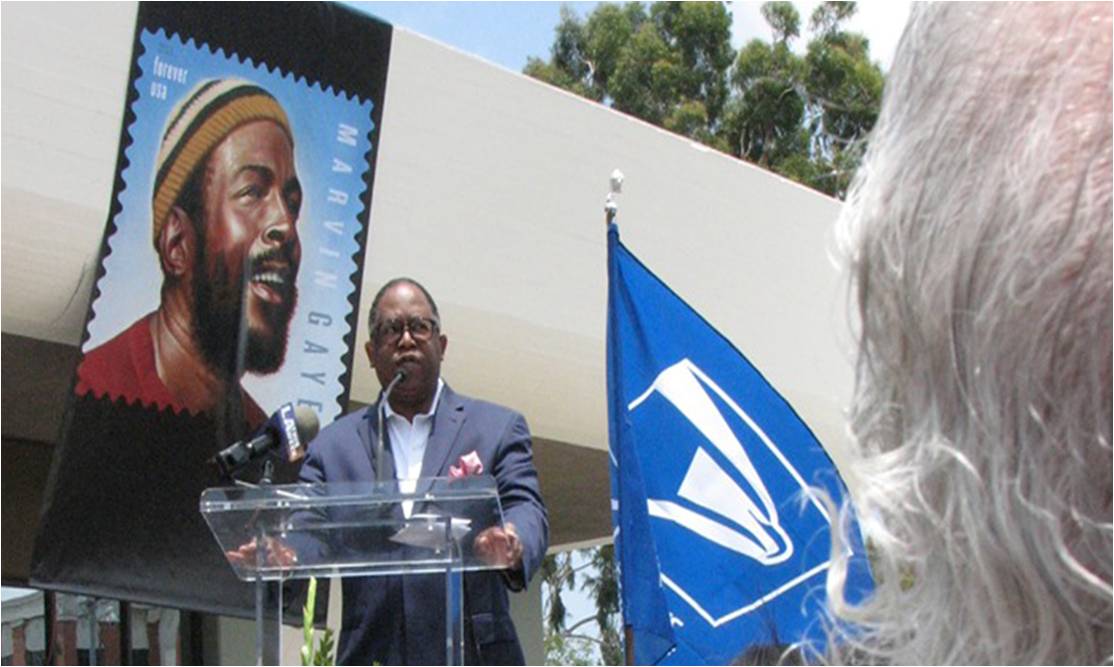 Because of solo hits such as “How Sweet It Is,” “Ain’t That Peculiar,” “I Heard It Through the Grapevine,” “What’s Going On” and “Sexual Healing” and his duet singles with such singers as Mary Wells and Tammi Terrell, Gaye was dubbed “The Prince of Motown” and “The Prince of Soul.”

He won Grammys in 1983 for best male rhythm and blues vocal performance and best R&B instrumental performance for “Sexual Healing.”

Gaye — shot and killed by his father on April 1, 1984, one day before what would have been his 45th birthday — was posthumously elected to the Rock & Roll Hall of Fame in 1987 and received a Grammy Lifetime Achievement Award in 1996. In 2016, he was inducted into the Songwriter’s Hall of Fame.

“His music was cathartic,” biographer David Ritz said. “His songs were prayers, meditations, strategies for survival.”

The U.S. Postal Service issued a stamp in honor of Gaye on April 2, which would have been Gaye’s 80th birthday, as part of its Music Icons series.

The post office had been known as the Dockweiler Post Office, named in honor of Isidore B. Dockweiler, a prominent lawyer in the first half of the 20th century who held numerous government positions and was once called by humorist Will Rogers “the Democratic Party of California.”